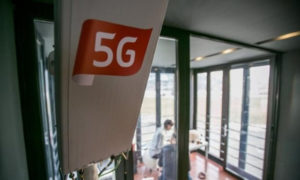 New Delhi: The planned rollout of 5G or fifth-generation wireless technology by telecom companies globally offers at least $10 billion business over the next six years for India’s information technology (IT) services companies, according to a Mumbai-based brokerage firm. This new technology spend by telecom firms on software and services could bring over $1.1 billion in incremental revenue over the next three years for country’s five largest companies, including Tata Consultancy Services Ltd, Infosys Ltd, HCL Technologies Ltd, Wipro Ltd and Tech Mahindra Ltd.

This development is significant as telecom firms over the last two years had held back their spend on technology, leading to tepid growth at telecom verticals for all IT firms. A new gusher of money should further boost growth for the five largest IT firms, which share among themselves about 30% of homegrown IT companies’ business from telecom companies.

“The impending rollout of 5G networks by telecom service providers (TSPs) globally could translate to a USD 10bn incremental market opportunity – implying a 1 ppt addition to the overall industry CAGR – over 2019-25 for the Indian IT companies, on our conservative estimates,” Pankaj Kapoor, director of India IT services and software equity research at JM Financial Institutional Securities Ltd, wrote in a note dated 29 October.

Homegrown IT firms got $5.4 in business during 2014-16 when telecom companies set up the 4G infrastructure and Kapoor of JM Financial estimates a higher spend of over $10 billion, although over a much longer period of six years.

The world’s largest telecom firms are looking to give a face-lift to the current 4G infrastructure as newer technologies allow them to send billions of bits of data a second, higher than the current hundreds of millions of bits of data. This, in addition to letting a consumer download a movie in seconds, also allows autonomous cars and industrial equipment to work better as they need this network of ultra-fast speeds for relaying data sets.

For now, executives at some of the largest IT firms remain optimistic on the new technology spend and maintain that much of the incremental revenue will come in from the second half of the next financial year.

A big reason behind the optimism of Indian IT companies from this rollout of 5G infrastructure by telecom firms are some of the recent mega-IT contracts awarded to set up hardware. In July, US-based T-Mobile awarded a $3.5 billion contract to Nokia to supply 5G network gear. This was followed by T-Mobile awarding another $3.5 billion contract to Ericsson in September, under which Ericsson will offer both hardware and software to the US telecom major.

“All telecom firms first set up the hardware and software and then work for the services needed to run them. Now the contracts may not be this large but then with newer technologies needed for 5G, many of us (Indian IT firms) have the chance to offer IoT (Internet of Things) platforms, data analytics solutions and other work as part of managing the network,” said an executive at Mumbai-based TCS. The executive did not want to be named as he is not authorized to talk to the media.

“Recent commentaries by major operators indicate selective commercial launches could start as early as 2019, though a wider global coverage is likely to be spread over 2020-22… The biggest commercial use-case of 5G is likely to be around narrowband Internet-of-Things (NB-IoT) that could open an additional market for Indian ER&D/IT services players. While the timing of project flows is difficult to predict, conservatively, we see a meaningful financial impact of 5G on Indian IT companies only from 2HFY20,” wrote Kapoor in the note.