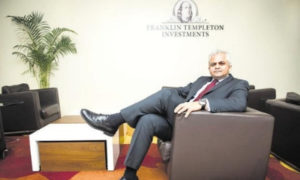 Mumbai: Nuveen, the investment subsidiary of US-based asset manager Teachers Insurance and Annuity Association (TIAA), has invested $32 million in Aavishkaar-Intellecap Group, India’s largest homegrown impact investor. Aavishkaar-Intellecap Group sold about 25% to the asset manager, as it looks to scale its own businesses and raise more and larger funds. Mint first reported the proposed investment on 19 November, citing two people aware of the development.

To be sure, this is an investment in the firm’s holding company, and not in any of the multiple funds it runs, which invest across sectors. Aavishkaar has been looking for an investor in the group since June.

About 85% of the proceeds from the stake sale have been invested in two of Aavishkaar Group’s lending arms—Arohan and Intellegrow, said Vineet Rai, managing director and chief executive, Aavishkaar Venture Management Services, in an interview.

As part of the transaction, Nuveen CEO Vijay Advani will join the board of Aavishkaar-Intellecap Group, a move which will help the impact investor earn more credibility in overseas markets such as the US, where it traditionally has less presence.

“The Aavishkaar-Intellecap Group is an excellent fit within our impact investing approach, which, among other goals, focuses on ways to make basic services available for low-income and underserved people around the world, while also providing return opportunities for our clients,” said Advani.

Rai said the investment will also help Aavishkaar’s larger goal of managing $10 billion of assets in the next 6-7 years. It currently manages about a billion dollars worth of assets. It will also provide connectivity in terms of global connections from Nuveen’s impact portfolio, whose 70% of investments are in developed markets, Advani said.

The stake sale to Nuveen is an extension of its involvement with Aavishkaar. Nuveen had invested in Aavishkaar’s fourth fund in 2013. The addition of a global fund manager to its board and an investment at the parent level will also help Aavishkaar scale further and become a global player rather than an India-specific player, Advani said.

Nuveen, the investment manager of TIAA, offers a comprehensive range of outcome-focused investment solutions designed to secure long-term financial goals of institutional and individual investors. It has $967 billion in assets under management as of March, and operates in 16 countries. Advani said that Nuveen’s allocation to responsible investing, which includes impact investing, is about $1 billion.

On 5 November, Mint reported that Aavishkaar plans to raise $300 million for its South Asia-focused fund early next year to invest across financial services, agriculture, energy and health. The fund will be used for investments in Vietnam, Indonesia, Myanmar and Laos, among others. Aavishkaar is currently raising capital for two funds: The $200 million Aavishkaar Bharat fund, and a $150 million Africa fund.

The Aavishkaar Bharat Fund will be the largest India-focused impact fund by a domestic fund manager. It achieved its first close at $95 million in November 2017. The fund is backed by institutional investors such as the UK’s development finance institution CDC, Small Industries Development Bank of India (Sidbi), National Bank for Agriculture and Rural Development (Nabard) and family offices of Hero Enterprise’s Sunil Munjal, among others.

The group expects its Africa fund to hit the first close at $60-80 million by April 2019. Aavishkaar follows a consistent investment strategy in all the markets it invests in—about 35% of the fund will be invested in financial services, 30% in agriculture and 30% in energy and health.