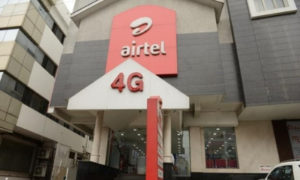 New Delhi: Bharti Airtel tops in 4G download speed while Idea Cellular was at the top in terms of upload speed during June-August, a study by mobile analytics firm Open Signal claimed. Reliance Jio was leading in network coverage in all 22 telecom circles and latency experience during the period, the study highlighted. “Airtel came top in our analysis of download speed experience with a score close to a third faster than its rivals. But the next three operators were fairly closely grouped, with less than 0.6 of a megabit separating Jio, Vodafone and Idea,” OpenSignal said.

“This latest report is yet another reaffirmation of Airtel’s obsession with network excellence. Our focus remains on building the fastest and the best network that enables a high quality digital experience for discerning customers who prefer network quality over deals and discounts,” Bharti Airtel Chief Technology Officer Randeep Sekhon told PTI.

According to the report, average download speed on Bharti Airtel network during June 1-August 29 was 7.53 megabit per second. It was followed by Jio with speed of 5.47 mbps, Vodafone 5.2 mbps and Idea 4.92 mbps. “Over the last 90 days our pace of deployment and investment has continued to pick up. This is allowing us to decisively win with 4G customers in the top 500 cities,” Sekhon said. In terms of upload speed, Idea topped the chart with 2.88 mbps overall speed (4G and 3G) and 3.97 mbps on 4G network alone. It was followed by Airtel with overall upload speed of 1.9 mbps and 2.56 mbps on 4G, Vodafone 2.31 and 3.03 mbps and Jio 1.58 mbps.

OpenSignal found Reliance Jio had the widest 4G coverage leaving behind its competitors with significant gap. “Our 4G Availability winner Jio continues to grow from 96.4 to 96.7 per cent in our analysis — hugely impressive since 4G Availability scores of over 95 per cent are very rare — particularly remarkable in a relatively new LTE market like India,” the report said.

Airtel followed Jio with 73.99 per cent coverage score. Idea Cellular and Vodafone, were operating separately at that time, scored 73.17 and 72.59 per cent respectively on the coverage chart.

“Jio swept the board in our 4G Availability analysis, coming top in all 22 telecom circles. The operator scored over 95 per cent in our 4G Availability measurements in all regions, and topped 97 per cent in 10 of them, including the Kolkata metro circle,” the report said. The analysis found Jio network with lowest latency rate of 72.2 millisecond (ms)–which means least delay between movement of data in network. Vodafone followed Jio with 80.42 ms latency rate, Airtel 86.53 ms and Idea 88.78 ms.

In terms of video streaming experience, Airtel, Jio and Vodafone score was at par with each other.