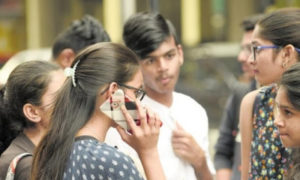 New Delhi: The Telecom Regulatory Authority of India (Trai) on Tuesday pulled up Bharti Airtel Ltd and Vodafone Idea Ltd after their subscribers complained that the two companies have sent messages to their prepaid users asking them to mandatorily recharge their accounts to continue using their services despite holding sufficient balance. The regulator’s diktat comes after Bharti Airtel and Vodafone Idea announced a new strategy to boost margins by rolling out minimum monthly recharge plans starting at ₹35. The telecom operators are hoping that the move will help boost their average revenue per user (arpu) which has suffered due to an intense tariff war following the entry of Reliance Jio Infocomm Ltd.

In its letter, Trai has asked operators to duly inform subscribers within three days in a clear and transparent manner the date on which the current validity of an existing plan would expire and the manner in which the subscriber can opt for available plans including minimum recharge plan using subscriber’s available prepaid account balance. Mint has seen a copy of the letter. Trai also met the two operators on Monday to discuss the issue.

“Till such time operators should not discontinue services of such customers who have balance in prepaid accounts equal to minimum recharge amount,” Trai said in the letter.

Bharti Airtel and Vodafone Idea did not respond to emails.

Introducing higher minimum recharge plan would also reduce Airtel’s low-end customer base, which the management claims would help improve arpu, as customers would do more recharges.

India’s largest telecom operator Vodafone Idea too has rolled out such plans and will now have only a total of five plans in a bid to simplify tariff portfolio. It would have three monthly recharge plans of ₹35, ₹65 and ₹95 to encourage higher value recharge, make tariff plans easier to understand, cut customer complaints and reduce costs, apart from recharge packs for ₹145 and ₹245 for longer validity periods.

This would also lead to significant reduction in incoming-only and inactive base, Vodafone Idea said in an investor presentation dated 21 November.

“While this could theoretically help ARPUs, we suspect revenue growth could still stay elusive in the current market-share flux,” Credit Suisse said in a 22 November on Vodafone Idea’s plans.