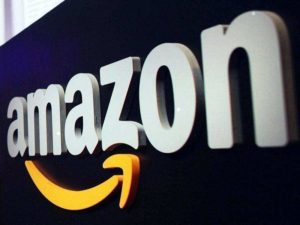 BENGALURU: Amazon has set up captive call centres in India to handle some of its international and domestic customer and seller services, a departure from its previous strategy of working purely with business process outsourcing companies, as the ecommerce giant continues its expansion in India.

The Seattle-headquartered company has been looking at its customer service strategy over the past year. In January, it acquired a warrant in US company StarTek that is tied to the amount of revenue Amazon generates for the US BPO company. Earlier this year, StarTek merged with Indian BPO company Aegis, which provides services to Amazon rivals, Flipkart and Paytm.

“Amazon has looked at this very strategically. If they are giving you business then they want part of that upside or, in some cases, they think they can generate and keep the efficiencies for themselves. They have a long horizon plan,” a senior executive with a large Indian BPO company told ET.

The captive centres have been set up in the NCR region and Pune and the company has tasked recruiters to find candidates for the jobs, two sources with knowledge of the matter said.

“They are working with third-party providers but they also wanted to set up their own operations. Where they are doing international work, the cost difference between a provider here and their own captive is not that much. And they can put in technology to automate a great deal of the work,” one of the sources mentioned above said. He added the company will continue to work with third-party providers.

The centres together will employ under a thousand people. The Pune centre began a hiring plan last month, the source said.

“Amazon’s vision is to be the earth’s most customer centric company. To ensure that the bar on customer experience is continuously raised. Amazon has setup several customer service sites and has also a strong virtual customer service network that provides support to our businesses and customers across the globe,” an Amazon spokesperson said in response to ET’s queries.

Amazon is hiring in India for both voice and chat support and the salaries are between Rs 1.5 lakh and Rs 2.5 lakh a year, ads on job sites said. ET called the recruitment agencies to confirm the details of the jobs. “They don’t want very highly paid people. Freshers and even 12th pass are all acceptable. This is for both international and domestic support process,” one of the recruiters told ET.

The call centres are also being used for seller-services, even though Amazon also currently uses third-party providers for that business as well. “If you are a significantly large seller, then you will interact with the captive centre. It gives them greater control over the data and the relationship. They can also experiment with different ways of customer service,” the second source said.

Amazon’s strategy is also unusual as few large companies choose to set up captive call centres. Flipkart and Paytm both outsource their customer service desks. The move is also of concern to BPO players in India because they had counted on ecommerce companies helping them grow business and margins as their core telecom business continues to contract.

Ecommerce is seeing an increasing share of consumer complaints across sectors, even more than telecom and banking. More consumers are calling the National Consumer Helpline run by the consumer affairs ministry with complaints about ecommerce than for other sectors.

A recent survey by citizen engagement forum LocalCircles showed that 95% of customers wanted each packaged product to have a functional toll free phone number.