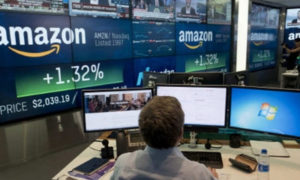 BENGALURU: Amazon is investigating allegations that some employees in India and the US are sharing internal company data with merchants, according to a report.

Vendors on Amazon’s India and US platforms are also said to have faced underhand tactics by rogue sellers, resulting in blocked accounts or compromised product listings.

The company has “dismissed several workers in the US and India for allegedly inappropriately accessing internal data that was being misused by disreputable merchants,” the Wall Street Journal reported on Monday. It said that India was a “major alleged source of data misuse” by Amazon employees. Amazon India did not respond to queries till the time of going to press.

The report cited sellers as saying their listings were manipulated by some players circumventing Amazon’s automated systems.

The All India Online Ven- dors Association (AIOVA) said it did not know specifically about sellers affected by this, but said fraud sellers have always been a problem. “Rogue sellers exist everywhere and genuine sellers are affected due to manipulations done by them,” said an AIOVA spokesperson. “However, blocking funds, penalties and permanent delisting needs to be regulated by law and should be challengeable and systems need to recognise such trends when issues are raised by sellers.”

A seller of gardening products on Amazon said he was delisted last month because one of his suppliers was unbranded even though others had similar offerings.

Amazon is looking to clean up its platform to keep away counterfeit products. In India, 5,000 brands have signed up on an internal brand registry, which lists products by company catalogues to ensure only original merchandise is listed.