According to a person familiar with the situation on Monday, approximately 10,000 employees in corporate and technical jobs will be let go by Amazon.com Inc. beginning this week. This will be the company’s largest layoff to date.

As the New York Times previously reported, the layoffs would affect around 3% of Amazon’s corporate personnel. As Amazon’s divisions evaluate their objectives, the precise number can change, the source told Reuters. The insider claimed that Amazon’s devices business, which includes its popular Alexa products, as well as human resources and retail, might be particularly impacted by the internet company’s layoffs, which are targeted at corporate staff and may start as early as this week. The retail division has been the leading company that has had to react to the sales slowdown this year.

According to some persons, Amazon has already begun firing contractors who were employed in recruiting and who had recently received notice that their contracts were unexpectedly ending. At Amazon, additionally anticipated layoffs will affect its full-time staff. The Wall Street Journal reported last week that Amazon is doing a thorough cost analysis due to the releases. The devices division, which according to the Journal, has lost $5 billion yearly in recent years, has been the focus of that investigation. The New York Times published a report on Amazon’s plans to lay off workers earlier on Monday. The source claimed that the number of layoffs might alter, and the choices to make cuts are being decided on a team-by-team basis.

As the economy falters, several computer companies have eliminated staff. Companies like Amazon, which had rapid growth during the epidemic and claimed to have frequently overbuilt, have been impacted by the tendency. Meta Platforms Inc., the parent company of Facebook, announced this week that it would lay off more than 11,000 employees, or 13% of its workforce, in addition to layoffs at Lyft Inc., payments company Stripe Inc., and other internet firms. After initially reducing headcount through other means, Amazon slashed positions. In October, the business put a freeze on retail employment. Employees from several teams have been closed and redeployed to more lucrative departments. At the end of September, it had around 78,000 fewer employees than it did at the same time last year.

While the firm is also approaching the holiday season, when it traditionally generates the majority of its annual revenue, the most recent strategy by Amazon demonstrates the extent to which the corporation is determined to contain costs as it prepares for economic turmoil. Although executives have warned that they will be cautious in how they hire, Amazon has employed at its warehouses to get ready for the fourth quarter. Amazon has observed indications that consumers are being impacted by excessive inflation, according to Chief Financial Officer Brian Olsavsky, who also issued a fiscal fourth-quarter warning. Historically, Amazon’s devices division has been a source of innovation for the corporation. Former CEO and founder Jeff Bezos made Alexa a part of this division.

Amazon has stated that Alexa will continue to be a priority, but MrJassy has targeted companies that are losing money. The strategy contrasts with the company’s phenomenal growth during the pandemic. To keep up with an increase in online orders, Amazon hired more than 800,000 people between the end of 2019 and 2021, primarily at its several warehouses. In a prior statement, Amazon said that it had found instances when specific roles were no longer required and that it had assisted employees in finding alternative employment.

Also read- How India Plans to Reinvent E-Commerce with Amazon 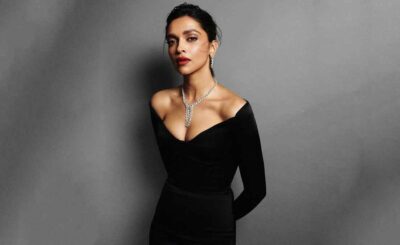