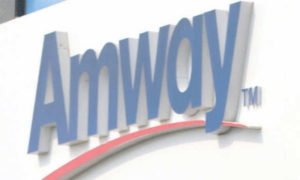 New Delhi: Three sellers on Amazon and Snapdeal, that were taken to court by Amway for allegedly selling illegally online of Amway products, has in turn alleged that Amway of being in “violation” of India’s foreign investment laws as the US giant is undertaking retailing by selling products directly to consumers through its e-commerce site and they argue direct sellers like Amway cannot sell directly to consumers online.

The sellers including Beant Healthcare, Beant Buildwell and Black Olive Enterprises have made the allegations against Amway in court hearings last week.

The trio is among a host of other sellers on e-commerce sites including Flipkart, Amazon and Snapdeal that were taken to court by Amway for their alleged illegal selling online of Amway products.

“The plaintiff is in clear violation of the approvals granted to them by the Government of India and their permission is liable to be cancelled,” the response from the sellers on 23rd October said.

Apart from its own e-commerce site, Amway also sells products directly to consumers through its 50 brick-and-mortar Amway branded stores. India does not allow foreign-funded e-commerce companies to sell their products online. Overseas single brand retailers, that sell a host of products under a single label, are allowed to sell online as well as through their brick-and-mortar store.

“If you manufacturing your products in India you can sell any which way you like,” said Harminder Sahni, founder of retail consultancy Wazir Advisors. “If you are manufacturer there is no restriction,” to sell products offline as well as through online channels, he said.

Last month, Amway had taken Flipkart and its some of its sellers and various other vendors on Amazon, Snapdeal and pharmaceutical online retailer 1mg.com to the Delhi High Court accusing them of “unauthorised” selling of the US direct-selling giant’s products on the e-commerce platforms.

Amway had alleged that the e-commerce marketplaces and the sellers “contradict” India’s guidelines that mandate e-commerce companies must seek prior permission from direct-selling companies like Amway to list such products online.

“This core concept of direct selling is reflected in the Direct Selling Guidelines issued by the government of India in 2016 which prohibits the sale of products of a direct selling company through ecommerce platforms, without the written consent of the direct selling company,” an Amway spokesperson had said in an emailed response to ET earlier, adding the company takes consumer safety seriously.

“Amway has sought judicial intervention in the interest of consumer safety, protection of livelihood of its direct sellers and for preserving the basic foundation of its business.”

The development is reported by retail.economictimes.indiatimes.com