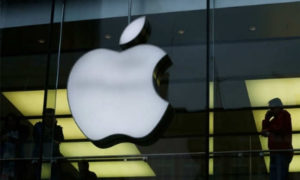 Apple Inc.’s disappointing earnings report sent the company’s market value tumbling below $1 trillion on Friday.
Shares of the world’s most valuable public company fell 7.1 per cent on Friday after revealing stagnant iPhone sales and forecasting revenue for the holiday quarter that fell short of Wall Street expectations at the midpoint. That decline, combined with a reduction in the number of shares outstanding after accounting for repurchases during Apple’s fiscal fourth quarter, erased nearly $90 billion in market value. The market capitalization was about $983 billion at 10:40 a.m. in New York trading.

The results drew a downgrade to neutral from buy by Bank of America Merrill Lynchanalyst Wamsi Mohan, who wrote “we are incrementally concerned that not all the weakness is captured in the near-term and we are likely to see further negative estimate revisions.” 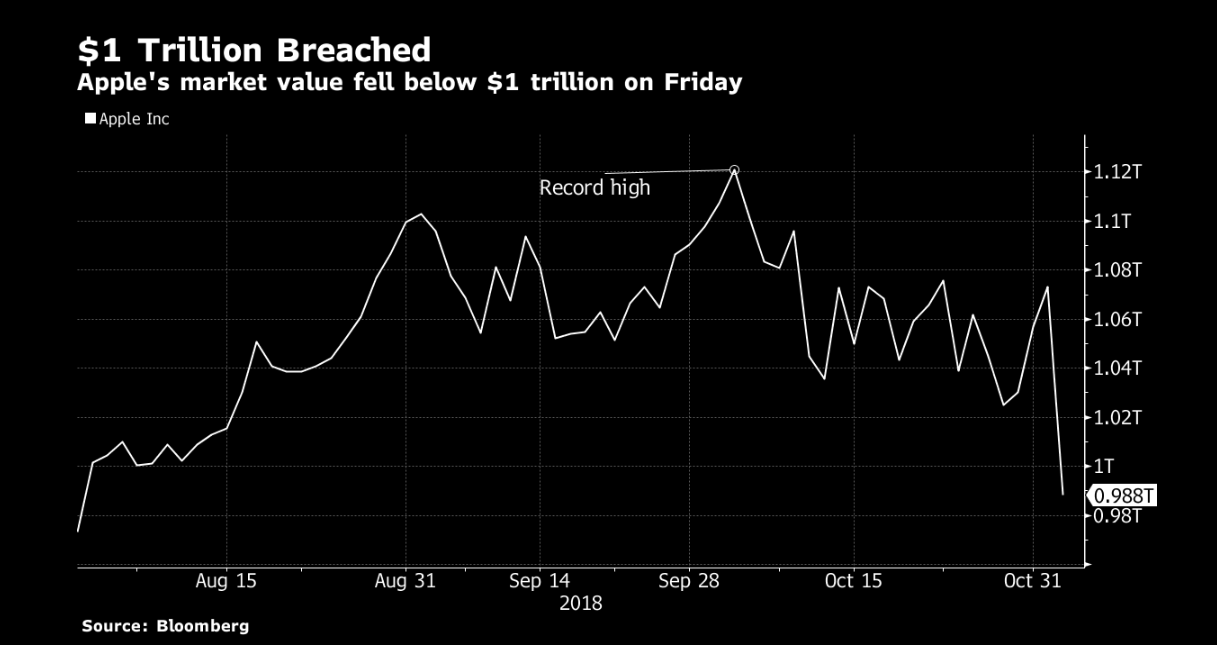 Apple, which topped the $1 trillion mark on Aug. 2, had a market value of $1.073 trillion at the close of trading on Thursday, according to data compiled by Bloomberg. The Cupertino, California-based company bought back 92.5 million shares during the quarter for about $19.4 billion, Chief Financial Officer Luca Maestri said on the earnings call