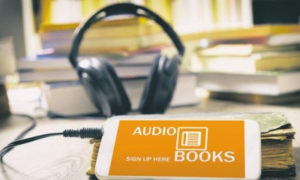 Yogesh Dashrath, country manager, Storytel India, the Sweden-based audiobooks company, is upbeat about the prospects of his platform. Launched in November 2017, Storytel has completed a year in India and Dashrath says that the brand is doing “slightly better than expected considering ours is a premium subscription service. We charge ₹299 a month for unlimited books.” He, however, declines to share the number of subscribers Storytel has in the country.

In January this year, Google introduced audiobooks on Google Play Store in India, available on Android, iOS, the web and Google Home smart speakers. Last month, Storytel and Google were joined by Audible, the global audiobooks market leader that is known for its curated audiobooks, radio and television programmes, and audio versions of newspapers and magazines. The American company was bought by Amazon in 2008.

An earlier Mint report quoting Donald Katz, founder and chief executive officer (CEO) of Audible Inc., said that the decision to enter India was inspired by the country’s growing economy, and traffic snarls which offer an opportunity for audiobooks while driving. Audible India comes with more than 200,000 audiobooks and original programmes, including 400 titles by Indian authors. Storytel, meanwhile, hosts titles in English, Hindi and Marathi (and some in Bengali and Urdu) for different age groups across a diverse set of genres such as romance, thriller, spirituality, horror, drama and adventure. Its catalogue currently has more than 60,000 audio titles.

Earlier this month, Storytel introduced a child filter on its app, which allows children access only to content meant for their age group. Dashrath expects more subscribers after this.

However, will Indians take to audiobooks, considering that the progress of podcasts has been really slow in the country? Ajay Gupta, partner, at consulting firm AT Kearney thinks so: “India has a tradition of listening to stories. So the culture already exists.” Also, Indians are increasingly concerned about screen time and listening seems like a good option. Besides, youngsters, not inclined to read, may adopt audiobooks. Dashrath agrees. Youngsters may take to it as they are already comfortable with mobile phones. “Besides many youngsters who do not read in their mother tongue may want to listen to stories in their mother tongue. So, it is a great way to rope in regional audiences,” he says. However, he believes that the India market will be slow though it has the numbers. “The US has a podcasting culture and audiobooks in that market are growing. At least 20% of the population in the US has tried audiobooks.”

In India, Storytel targets people who read books and are comfortable with the online economy. It is eyeing people with exposure to other streaming services like Netflix. There are 5-10 million paying subscribers for video-on-demand services, which would be the target audience in India, adds Dashrath.

Rajesh Tahil, co-founder, One By Two Media, which runs the podcast brand Audiomatic, says that audiobooks are likely to do better than podcasts in India. “Books perhaps serve a different purpose because the demand is created via an event, which is the publishing of the book. Therefore, there is an element of interest generated in the book and an audio book is an additional way of consuming the book.” While podcasts and audiobooks complement each other because the method of consumption is similar, they are vastly different as “there could be an inherent demand for a book (example, a Chetan Bhagat or a Devdutt Pattanaik) but may or may not be for a podcast”, he says. However, the success of audiobooks in India will depend on how aggressively they are pushed and priced, he adds.

Karthik Vijayakumar, founder of the podcast company Designyourthinking.com, says there are two big differences between the way India accepts audiobooks and podcasts. “They are discovery and awareness. A lot more people are aware of books on Amazon and how to discover newer titles. But as far as podcasts go, not as many people know of podcasts and where to discover them. There isn’t a ‘marketplace’ like Amazon for podcasts.” People unaware of audiobooks will get to know about them in due time as they end up on Amazon to stock up their groceries every week/month, he says.

Considering that the cost of high-speed data is falling rapidly, smartphones are getting more sophisticated and Amazon and Google are going all out with their Alexa- and Google Home-related offerings in India, there’s a promising landscape setup for audio. How long it will take for audiobooks numbers to come in, remains to be seen.