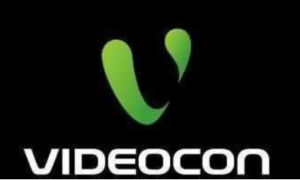 NEW DELHI: A consortium of banks has applied to the debt recovery tribunal in Delhi seeking to enforce personal guarantees on the promoters of Videocon group, Venugopal Dhoot and his brother Rajkumar Dhoot. Videocon owes these banks Rs 20,000 crore.

An application by the State Bank of India that ET has reviewed said it was approaching the tribunal as the Dhoots did not respond to a guarantee invocation notice sent to them.

The Dhoots had promised to personally repay the banks if their companies defaulted on the loans, according to the application. State Bank of India has requested the tribunal to pass orders and issue certificates of recovery against the Dhoots. Similar applications were filed by other lenders such as ICICI Bank, Andhra Bank, IDBI Bank and Bank of India, according to sources familiar with the matter.

“It is a policy of the bank not to comment upon individual accounts and its treatment,” a spokesperson for SBI said in response to ET’s queries.

Venugopal Dhoot had not responded to emailed queries till press time Tuesday.

SBI has separately initiated insolvency proceedings against Videocon group parent, Videocon Industries Limited, and 14 other group companies at the National Company Law Tribunal (NCLT) in Mumbai to recover the dues.

The application against the parent company was admitted in June after which it was placed under the administration of a court-appointed resolution professional, kick-starting a process that will conclude with its sale.

The Supreme Court had in August allowed banks to enforce personal guarantees given by promoters of defaulting companies even if insolvency proceedings had been initiated against those companies, a right that was initially denied to them by the NCLT.

The NCLT had earlier dismissed a plea by the State Bank of India that sought to enforce personal guarantees provided by the promoters of Veesons Energy Systems to recover loans that were given to the company on the grounds that the company had been admitted for insolvency proceedings.

Videocon had first featured in a list of non-performing assets indentified by the Reserve Bank of India last year. 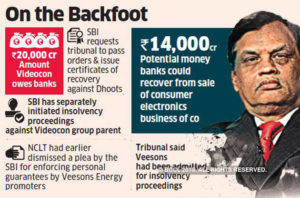 The banks could potentially recover as much as Rs 14,000 crore from the sale of the consumer electronics business of the company, according to sources ET spoke to.

The insolvency resolution process has moved slowly as the Dhoot’s initially challenged the insolvency petitions filed by banks against a group of companies that were co-guarantors of loans obtained by the parent.

The companies have inter-related operations and the courts recently acceded to a request by the Dhoot’s to consolidate the proceedings against all companies under a single bench at NCLT in Mumbai.