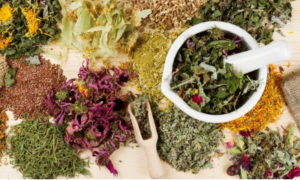 In the early 2000s, Mira Kulkarni, an Ayurveda aficionado, sensed there was a need for good quality soaps in India.

She handcrafted products using India’s best-kept-secret ingredients from Lodsi in Uttarakhand and Haridwar. She sold to a select audience and used word of mouth marketing for many years thereafter. Kulkarni’s Forest Essentials, a few years later, attracted cosmetics behemoth, Estee Lauder, who acquired a minority stake.

Today, Estee Lauder is largely mentoring Forest Essentials in terms of quality, processes, and strategies for new locations. Kulkarni, even today, is particular about communication from the brand, that has recently gone online in a big way.

Ishita Yashvi, head of marketing at Forest Essentials, and her 8-member marketing team’s brief is always to focus on detailing which has led them to bespoke content, store activities and select influencer engagements. Yashvi says being selective has worked in their favour.

Interestingly, millennials form a considerable part of Forest Essentials’ target audience. “Today, many young beauty care buyers are very conscious about what they buy, and see value in spending on products that help them in the long run,” adds Yashvi.

Forest Essentials recently launched a sheet mask product line, which by concept, is very Korean. According to Yashvi, multi-functional products are the need of the hour, especially if a brand has a younger audience.

We asked a brand head of a popular skincare line if this fits the bill for a luxury Ayurvedic company like Forest Essentials and she said, “It is good to see homegrown brands experimenting, and getting inspired by Korean giants. Competition is getting tough for everyone in the beauty space.”

In a price conscious market like India, many established Ayurvedic brands have the mass pricing tag, which has worked in their favour; but for the ones in the luxury space, if it’s natural, then it comes with a certain price.

“The thought wasn’t to actively make Forest Essentials a luxury brand. Honestly, there is no other way to position Ayurveda. It is very different from what it is perceived to be. It is about clean beauty, complete well being, and not just instantaneous results. The ingredients that we source come at a cost which our consumers understand, and that’s how the positioning follows,” says Yashvi.

Vivek Sahni, the co-founder of Kama Ayurveda, has similar thoughts. “Honestly, I am not very comfortable with the luxury tag that’s given to us. Of course, we don’t come at a mass price point but the authenticity of Ayurveda has to be delivered with a certain value.”

In the late 90s, Sahni’s design firm was assigned to work for Khadi Village Industries, the government-owned cottage industries that also make soaps and beauty products. Sahni and his team put simplicity and sensible thinking while revamping the brand.

That’s exactly what he did while building Kama in the early 2000s. He took his time to structure his retail set up. The design elements that one would notice on the product, social media, and in the stores, are all self developed. Along with the various online marketplaces, the brand’s own website generates a good percentage of sales, says Sahni. That apart, he notes a number of insights from Kama’s site traffic, which are later discussed while strategising communication and product development. For example, the brand is seeing men come to their portal looking for anti-ageing skincare, which Sahni hints could be the next focus area.

As far as challenges are concerned, Sahni strongly believes it will be mainly environmental. “Look at what is happening around us. Flash floods are time and again ruining plantations. For me sourcing the ingredients during these difficult times become challenging.”

While Forest Essentials and Kama have deep-rooted the idea of Ayurveda as luxurious, there is another brand that wants to leave a similar impression. A couple of months ago, Shankara Naturals, announced its India launch with the help of Sri Sri Tattva. Shankara, which created its base in the US during the early 2000s, started work on its India debut in 2016.

According to Astha Katpitia, head, Shankara Naturals, India, “Strategically, we think Indians are now warming up to the idea of buying luxury products, in a good frequency. The traditional savers have now become spenders. It is an interesting time to be here.”

Globally, Shankara has made its presence felt across high-end destination hotels, resorts, luxury spas, and celebrity cruises. In India, it is targeting 50 outlets in three years.

The humble 5,000 years old science, Ayurveda, has seen different shades in the business of beauty. Hitesh Malhotra, CMO, Nykaa, strongly believes, a lot of companies have exploited the concept by taking the massy route.

“Earlier, people didn’t pay a premium for Ayurveda due to the lack of knowledge about the real science. Keeping that in mind, many focused brands didn’t go all out expanding. With online sales picking up, and awareness campaigns taking the lead, people are understanding the value behind the monies they are spending,” he concludes.

Just like the K-Beauty craze has taken South Korea to a prominent place in the global beauty business, we wonder if ‘A-Beauty’ can be a thing for India, to re-brand Ayurveda.