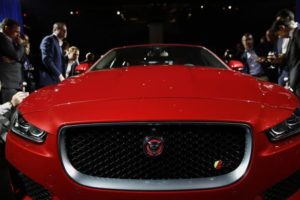 New Delhi: Shares of Tata Motors Ltd have lost over 60% in FY19 on concerns about the profitability of its subsidiary, Jaguar Land Rover Plc (JLR). Tata Motors’ domestic business, though, continues to recover and is likely to post profits in the September quarter (Q2). Mint analyses the prospects.

Is a turnaround in the China market imperative for JLR?

JLR, which saw sales in China plunging 46% in September, is one of the several companies caught in the trade war between China and the US. Customers in China appear to have postponed their vehicle purchases, as the government is expected to reduce import duties on vehicles to 15% from the existing 25%, which would substantially reduce the cost of imported vehicles. The firm also had to offer more incentives or discounts to customers, impacting realizations per unit from China. JLR manufactures its products in China though a joint venture with state-owned Cherry Automobiles.

What are the other challenges for JLR?

JLR sales have slowed in its home market Britain and other key markets. Production was halted at the Solihull and Castle Bromwich plantsfor a week and three days, respectively, to match production with retail demand. A decline in the sales of diesel cars in Europe and the huge investments JLR has to make to develop alternative technologies such as electric are taking a toll on its finances. A report by brokerage house Motilal Oswal says retail sales in the UK fell 20%, while in Germany the decline is around 30%, as new homologation norms took effect and diesel vehicle sales dropped in September. Its US sales slipped 5%.

JLR still exports a substantial number of the vehicles it makes in Britain. A hard Brexit may lead to job losses. In order to diversify and offset a hard Brexit, JLR has established production units in Brazil, Slovakia.

It is close to a turnaround. According to a report by analysts of the brokerage firm Jefferies, the domestic business is expected to report profits in the second quarter of this fiscal. Unwavering government focus on infrastructure investment through different schemes has led to sustained demand for trucks and Tata Motors being the largest manufacturer of commercial vehicles (CVs) benefited from this. The CV business contributes 80% of the revenues of the stand-alone business of Tata Motors.

How is the local passenger vehicles business performing?

In the last two years, Tata Motors has improved its brand perception by introducing cars such as the Tiago hatchback and the Nexon compact sports utility vehicle (SUV). It has dislodged Honda cars from the fourth spot in the Indian market and is aiming to become the third largest. The carmaker will launch another SUV, Harrier, in 2019, which will be the first product from the Tata Motors-JLR collaboration. The firm is planning an overhaul of its dealerships from the next year.