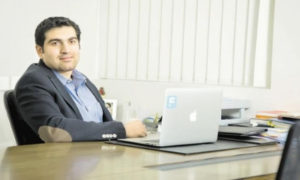 Mumbai: Digital lending firm Capital Float, which counts Amazon and Sequoia Capital among its existing backers, is in talks to raise $100-150 million in fresh funding from new and existing investors, three people aware of the discussions said. CapFloat Financial Services Pvt. Ltd, which owns Capital Float, has held talks with South Africa’s Naspers, the people mentioned above said on condition of anonymity. The talks are still at an early stage and may or may not result in a deal, they added.

Existing investors such as Amazon, SAIF Partners and Sequoia may participate in the round, the first of the three persons mentioned above said. Mint could not immediately ascertain the valuation Capital Float is seeking.

Capital Float is among the best-funded financial services start-ups in India, having raised at least $107 million. If it manages to secure another large round, it will boost the Bengaluru-based start-up’s war chest further, and help it take on lending platforms such as Lendingkart Technologies Pvt. Ltd and Aye Finance.

Capital Float founders Gaurav Hinduja and Sashank Rishyasringa did not respond to an email seeking comment.

A Naspers spokeswoman declined to confirm whether the company had held talks with Capital Float. “It is the company’s policy to neither acknowledge nor deny its involvement in any merger, acquisition or divestiture activity, nor to comment on market rumours.”

Earlier this year, Amazon had pumped in about $22 million as part of Capital Float’s Series C round. It had raised another $45 million as part of the same round in 2017 from Ribbit Capital, which is based in Palo Alto, California, and existing investors SAIF Partners, Sequoia India and Creation Investments Capital Management.

Founded in 2013 by Hinduja and Rishyasringa, Capital Float, formerly Zen Lefin Pvt. Ltd, is an NBFC registered with the Reserve Bank of India (RBI).

It offers specialised credit and financial loans to businesses and utilizes its own proprietary loan underwriting system to lend to potential borrowers.

Capital Float’s current set of customers include small- and large-sized businesses and sellers, which sell on e-commerce platforms, retailers and wholesalers, restaurants, and kirana stores, among others.

It currently claims to have over 50,000 customers across 300 cities in India and its average loans ticket size is ₹10-12 lakh.

If Capital Float ends up raising over $100 million as part of the latest talks, it will mark yet another large-sized transaction in India’s start-up ecosystem, which has witnessed a massive funding boom in the past 12 months, partly fuelled by Flipkart’s sale to Walmart.

In the past year, more than two dozen start-ups have raised over $100 million from large investors such as SoftBank, Tencent, Naspers, Alibaba and DST Global, besides other mid- to late-stage investors.

Investors have been bullish on India, given that its is widely regarded as one of the world’s last remaining large internet markets.