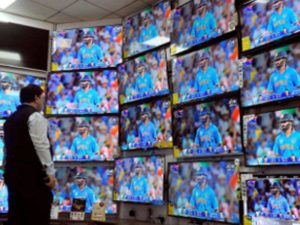 NEW DELHI: Consumers of India’s growing segment of Smart TVs can expect even better times going forward with China’s OnePlus set to enter the market, intensifying competition in a space which has already been disrupted by the entry of Xiaomi, another Chinese player.

OnePlus co-founder Carl Pei told ET that the positioning of TVs has to be the flagship and India will be one of the first markets to get them. “We are good at the flagship segment and user experience.”

Chinese handset maker OnePlus had recently announced the formation of a new division to develop Smart TVs, which will be spearheaded by OnePlus founder and CEO Pete Lau.

The executive said India is a big market, and allows space for multiple companies in the TV space.

“The market is big. There are different segments…while we haven’t revealed our product rollout plans, the positioning of TVs has to be the flagship… There is still a lot of work that could be done in terms of user experience,” Pei said.

“We will be able to carve out a space for ourselves in India,” he said.

India’s television market is valued at Rs 22,000 crore, growing at 15% a year, with the Smart TV segment a small, but fast growing one. The market recently saw the entry of hardcore smartphone makers such as Xiaomi, Micromax, Intex and other newer brands like Kodak, Thomson, Blaupunkt, Skyworth and TCL.

Xiaomi’s TV has become the top “Smart TV” brand in India in the second quarter of 2018, as per IDC.

“We are very conservative when it comes to new categories. For us, we think Smart TV will be the next big category. We believe this will really replace the smartphone in the coming couple of years,” he said.

OnePlus is launching its latest flagship OnePlus 6T in India and in the US market to further consolidate its presence in the premium segment.

Pei said that the premium segment is still small in India, but is growing fast, and the company is “happy” with its performance. “…consumers now want better products and have disposable income…we just want to focus on what we do best… we are now offering a meaningful upgrade through new phone,” he said. OnePlus maintained its leadership position in India’s premium smartphone market in the July-September quarter of this year with 30% market share, driven by strong sales of OnePlus 6 smartphone, as per Counterpoint data.

India is profitable and contributes around one-third of the global revenue for OnePlus. “This year, India is also similar to last year in terms of overall share, which is one-third. But, the entire pie has grown since last year, which means India as a market has grown.”

OnePlus is aggressively investing in India to set up a local research and development (R&D) centre here, and to fuel its offline expansion.

“The new centre will help us work closely with partners, and bring it closer to the users. It will help in localisation and innovation for the local market,” Pei said.

OnePlus is also rolling out its own service infrastructure to have a tighter control over its operations, and is also bringing global contact service operations to India to support markets such as the US and Europe.