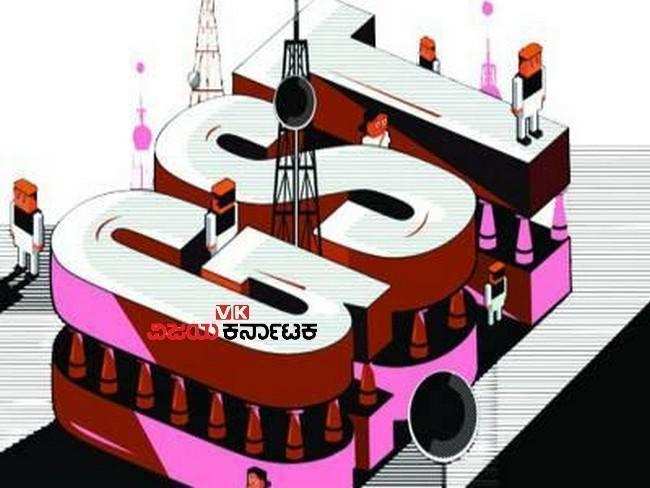 Companies that availed of more than Rs 25 lakh credit under the goods and services tax (GST) regime in lieu of levies paid under the previous system will soon have to give details of their purchase ledgers for six months before the new tax regime was rolled out.

The government will soon bring out a new ‘credit growth return’ form. This comes after a detailed analysis of the top 50,000 taxpayers showed a sharp rise in the closing balance of credit of many at the end of June last year compared with September 30, 2016. These top 50,000 taxpayers have claimed about Rs 1.5 lakh crore worth of credit.

GST was rolled out on July 1 last year. “The form would be notified soon,” a government official with knowledge of the development told ET.

Companies that have shown more than a 25% jump in credit between October 2016 and June 2017 will also have to share these details. This form will be restricted to central GST as states captured purchase details under the value added tax (VAT) regime.

The move implies that tax authorities are looking to turn up the heat as GST collections remain far from buoyant. There is a worry that companies may have claimed more credit than they were entitled to, leading to suppressed GST revenue. 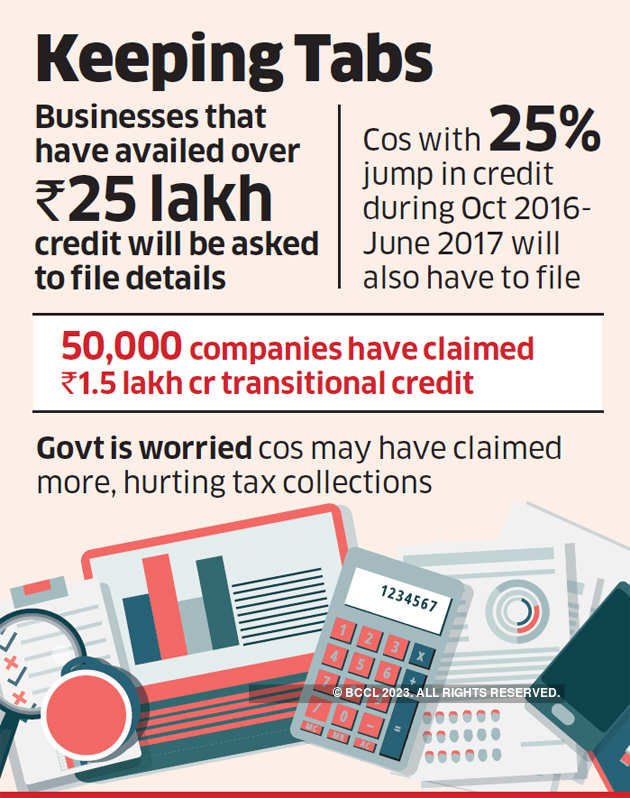 Most states, barring six, have suffered a revenue shortfall and will have to be compensated by the Centre. GST collections in August stood at Rs 93,960 crore, less than Rs 96,483 crore in July.

The deadline for availing past credit expired on September 30. GST replaced multiples state and central taxes such as excise duty, service tax, countervailing duty, value added tax, purchase tax, and octroi. The government had in December last year issued a warning to industry to amend any inflated returns filed for credit in lieu of taxes paid prior to the rollout of GST.

Under the transition rules, traders and retailers are allowed to claim a credit of 60% of taxes paid earlier against CGST or SGST dues where the tax rate exceeded 18%. In cases where the GST rate was below 18%, only 40% deemed credit was allowed against CGST and SGST dues.

The government also allowed refund of 100% excise duty on goods that cost aboveRs 25,000 and bore the brand name of the manufacturer along with a serial number such as televisions, refrigerators or car chassis. Tax experts say instead of prescribing another form, tax authorities should rely on data captured under the VAT regime.

“The government can surely verify the purchase details with respect of opening credit claimed by businesses as on July 1, 2017, and there might be some genuine concerns around possible excess credit claimed in specific cases,” said Pratik Jain, national indirect taxes leader, PwC.