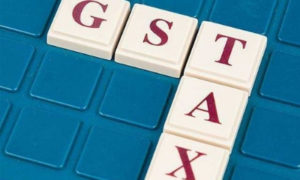 GST has been a major structural reform of the current government. Replacing multiple taxes and cesses of state and central governments into a single tax has been a major relief to trade and industry. At the same time reduction in overall tax incidence has brought relief to the end-consumers. The IT driven tax filing system of GST has made it difficult for intermediaries in the value added chain to evade taxes.

The movement of goods across the country has become faster and less cumbersome with the help of a single e-way bill carried by the transporter, and because of abolition of state check posts. GST has given a big boost to the manufacturing sector as a whole, which will accelerate the growth of the economy.

Initial difficulties faced in implementation of GST were not unexpected. However, they were quickly resolved because of the flexibility shown by the GST council in correcting course. The experience of other countries where GST was introduced shows that all of them faced some teething troubles for the initial two to three years. As compared to Australia and Malaysia, the Indian experience shows that GST has settled down fairly well. Now GST has much wider acceptability even among MSMEs.

The question now is what GST’s future course should be in India. So far, the government has gone by the maxim ‘the best should not be the enemy of the good’. But we must continue on a quest for the best. Having implemented GST in a vast country like India after taking 31 states on board, it is time to perfect the system gradually.

In order to move towards an ideal GST, we must set an agenda for the next three to five years. Our first attention should go in the direction of stabilising revenue both for states and Centre. While states are already comfortable because of the compensation mechanism in which 14% incremental growth rate of revenue is assured, the Centre still needs to worry about its revenue.

GST revenue is undoubtedly going to get a major boost when the government implements the new system of return filing in which there will be perfect matching of invoices for availing input tax credit. At present, the total tax liability declared by registered dealers every month is Rs 5 lakh crore, of which approximately a lakh crore is paid in cash and the remaining Rs 4 lakh crore is settled by way of input tax credit. Even if we stop 10% leakage in wrong availment of input tax credit, it will mean that to that extent, the monthly GST paid by cash should go up from Rs 1 lakh crore to Rs 1.4 lakh crore.

Second, an attempt should be made to bring all excluded items into GST one by one in the next three to five years. This includes five petroleum products, electricity, real estate and alcohol in that sequence. Among the petroleum products, the two items which can easily be brought into GST are natural gas and aviation turbine fuel (ATF).

Exclusion of certain items from GST creates distortions such as cascading of tax and reversal of input tax credit. Since tax on diesel and petrol gives substantial revenue to states and Centre, it is obvious that bringing them into the GST net will be a difficult decision. But this is doable with proper tax structuring of petroleum products, divided between GST and cess.

The items of electricity duty and potable alcohol, on which at present only states have the power to impose levies, can also be brought into the GST net by imposing only state GST on them. But inclusion of these items will help in removing input tax credit blockages; it will be both more efficient for industry and more affordable for consumers. By bringing petrol, diesel and potable alcohol into GST, the rate at which these items are sold to consumers will be common across states.

Third, we must try to rationalise the rate structure as and when the scope for revenue sacrifice increases with rising revenues. Initially, we can move from a four slab structure to a three slab structure, and gradually to a two slab structure. Multiplicity of slabs creates classification disputes and duty inversions, necessitating blockage of funds and refunds. Also, modest rates result in better compliance.

If we have to move to a three slab structure, no new item should now move from 18% to 12%, or 12% to 5%, or 5% to zero in the interest of revenue neutrality. If we deviate too much from the mean or median rate slab, it will be difficult to then increase GST on these items when the country aspires to have a single slab GST. We can easily set the goal of having a two slab structure by the end of fifth year from now.

Fourth, in the present GST system there are certain items where input tax credit is not allowed which breaks the chain. Some of these sectors are restaurants (GST rate on restaurants is 5% but without input tax credit), transport vehicles, oil or gas pipelines, telecom tower. Exclusion of items from availing input tax credit results in accumulated credit and has a cascading effect.

The attempt here is to suggest a road map. The pace of actual implementation can be based on revenue growth and practical considerations of consumer interest.