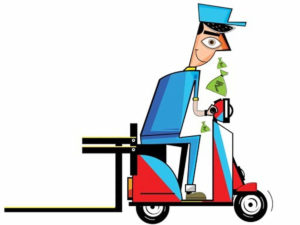 Interest of job seekers in delivery jobs during festive season is twice as high as the number of available job postings for such roles, according to data from job site Indeed.

Among metro cities, Bengaluru saw the highest demand for such roles among job seekers, making up 14% of the national demand across India, according to a press release from Indeed. However, the city witnessed only 4% of all such job postings in the country, demand outstripping available job openings by over 7 times.

New Delhi had the maximum share of posting for delivery jobs during festive season with 12% of all such openings across India. Job seeker interest in these roles, however, was relatively low among the residents of the city, with only 6% of national demand for these profiles coming from New Delhi. Other cities such as Hyderabad and Mumbai also saw comparatively higher rates of demand for delivery job roles with respect to the number of available job openings.

With India being one of the fastest-growing internet economies in the world, and the internet services industry estimated to create 12 million new jobs in the country by 2022, the sector is poised to create employment across various levels, be it in terms of design and development roles, or to a larger extent in terms of opportunities for self-employment, such as delivery personnel and drivers, as well as allied roles such as on-ground staff, logistics handlers, etc.

Despite regulations being put into place to facilitate the application of drones for civilian and commercial purposes by the Directorate General of Civil Aviation (DGCA), drone delivery is still years away in the Indian consumer market.

Meanwhile, in light of the festival season this year, e-tailing giants are on a hiring spree, particularly for temporary workers such as delivery and warehousing personnel to cope with the increased volume of sales. With measures to upskill new recruits, in keeping with the government’s National Skill Development Mission, e-commerce companies ensure that they have a trained pool of talent to draw on, while also equipping workers with the requisite skills to find employment across other tech-driven supply chains.

While delivery job roles are traditionally considered ‘gigs’, part-time employment options or additional sources of income, an increasing number of educated youth are seeking this type of job given the dearth of suitable work opportunities for skilled labour. With the average monthly salary for these roles being a little over Rs 14,000, young educated job seekers prefer this kind of work to other avenues that often require intensive labour and pay poorly. Companies too, prefer talent that is trainable and readily deployable.

“The job market is seeing greater numbers of part-time and flexible avenues of work, with a significant share of opportunities being created for employment in this manner,” said Sashi Kumar, managing director, Indeed India. However, it is important to keep in mind that the gig economy may only benefit a highly skilled professional, who can offer their expertise while enjoying a flexible lifestyle; while jobs that require a lower level of skills such as delivery jobs often require putting in odd hours of work under stressful conditions. Such job seekers usually take to these job roles because they need a source of income, rather than for reasons of convenience or flexibility, he said.

“The need for steady jobs continues to persist in India, even as the global economy is embracing flexible work options and entrepreneurship. The government in India too is bolstering emerging entrepreneurs by supporting their ventures towards generating employment in the long run,” Kumar said.