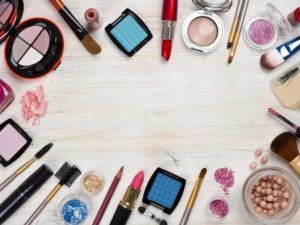 NEW DELHI: Next time you buy cosmetics online, do not forget to check for its authenticity. Leading ecommerce portals like Amazon, Flipkart and Indiamart have come under regulatory scanner for allegedly selling spurious, adulterated and unapproved cosmetics, mainly imported brands, some of which contain harmful ingredients, not permitted for use on humans.

The country’s top drug regulator, Drugs Controller General of India (DCGI), issued notices to these companies on Monday after it found these online sites selling various cosmetic products which were imported without registration or manufactured in the country without valid licence, with most of them containing “ingredients” which are in “the negative list” of BIS (Bureau of Indian Standards).

“Drugs Inspectors from CDSCO have carried out several raids at various locations all over the country (Oct 5-6) and found that, some indigenously manufactured cosmetics without valid manufacturing licence and various cosmetics which were imported without having registration certificate were found to be sold on your ecommerce platform,” the notice issued by DCGI S Eswara Reddy to Amazon said.

Similar notices were issued to Flipkart and IndiaMart. TOI is in possession of these notices. IndiaMart said it has not received any show cause notice on the issue as yet. It maintained it is only an “intermediary” and “no transaction of sale and purchase or trade or commerce etc takes place on India-Mart platform”. “Our platform only facilitates display or advertises for the person who has listed himself being engaged in certain commercial activities. In case of any unethical activity on the platform, the company takes strict action and removes the listing of the products,” an India-Mart spokesperson said.

TOI’s queries to Amazon and Flipkart did not elicit any response. The companies have been asked to respond to the notice within ten days, failing which the regulator will initiate action against them.