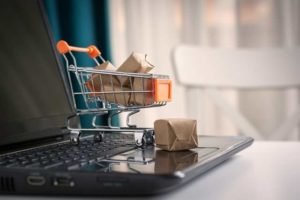 The Indian e-commerce market, which is expected to grow to $200 billion by 2026, may soon have a regulator to address the growing problem of cheating and other consumer grievances as the demand for a monitoring body is fast catching up. About 90 per cent of consumer complaints received by the Consumer Guidance Society of India, an apex consumer rights body, relate to e-commerce.

Finding it tough to handle complaints related to online commerce, the Consumer Guidance Society of India (CGSI) has sent a proposal to the department of consumer affairs, demanding an online commerce regulation authority on the lines of the Real Estate (Regulation and Development) Act.

The regulator, as per the draft proposed by the CGSI, will make it compulsory for the online commerce websites to register their suppliers and retailers, and deposit a security amount.

The advertisement on the websites will also be regulated. The regulator will ensure timely and assured delivery of goods to consumers. Secure payments and a transparent refund policy are among the other compulsory features proposed by the CGSI.

The campaign for a regulator is fast catching up in the country, with consumer rights activists and aggrieved consumers supporting it.

As reported by Mumbai Mirror in its February 2, 2018 edition, Tabrej Nagaralli from Panvel had ordered an iPhone 8 from Flipkart on January 21, but received a bar of soap in the parcel the next day.

Tabrez filed an FIR with the police and also a complaint with the CGSI. It took him 10-15 days to communicate with the website and get his problem resolved. “I got a new phone from the company after pursuing the matter vigorously. But it was a shocking experience: paying for the iPhone and getting a bar of soap in the delivery parcel.

We purchase so many things online now, but there is no security at all. There has to be some regulator to address such problems,’’ he said.

Another consumer, Aman Gupta, availing an offer on a net banking website, ordered a watch, which the company assured to deliver within 10-21 days. He did not receive the product at all. After approaching the CGSI office and pursuing the matter with them, his issue was resolved in a month’s time.

“We need a redressal mechanism to address the issues related to online purchases. There are many consumers who get cheated, but do not know whom to approach for redressal of their grievances. We have started a campaign for the regulator,” said MS Kamath, secretary of CGSI, who drafted the proposal.

As per the statistics shared by the CGSI, in 2017, it received 275 complaints, and 90 per cent of them were related to online purchases. In the latest data, for July 2018, it received 80 complaints via phone and emails against e-commerce websites. It received 130 complaints in August, and 144 in September.

Sitaram Dixit, chairman, CGSI, said that a regulator is the need of the hour as the industry is growing fast. “We strongly recommend setting up of an online commerce regulation authority, which will help the government look into the e-commerce business and facilitate easy and timely solution to the problems of consumers,” Dixit said.

Founded by nine women activists in 1966, the Consumer Guidance Society of India aims to educate and protect the rights of consumers, coming to the aid of those who find themselves helpless.