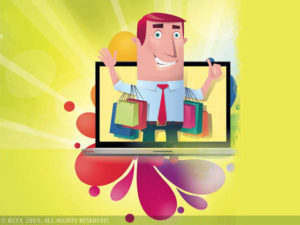 BENGALURU: This year’s e-commerce festive season has lit up digital payment companies including Paytm, PhonePe and Amazon Pay with bumper transactions as more shoppers got comfortable paying for their Navaratri and Durga Puja purchases electronically.

With Diwali approaching next week and these companies offering multiple innovations, cashbacks and payment options to shoppers, industry executives anticipate a further boost in digital transactions in the coming days.

“In terms of the total value of payments on our platform during those few days, three-fourths of the transactions happened digitally, which is 10 percentage points higher than last year,” said Vikas Bansal, head, emerging payments at Amazon Pay. “Further, on our EMI payment option, we saw 70% of adoption in smaller towns and cities.”

A spokesperson for Paytm, the country’s largest digital payments company, projected about 500 million transactions for October based on transactions reported during the festive season sales, a jump of about 2.5 times from last year’s festive sales period.

While October marked the beginning of this year’s festive season shopping, industry executives expect November to deliver another boost to digital transactions with Diwali providing a huge thrust to consumption across the country.

“We intend to continue to push for consumers to move to digital payments with affordable offers, from easy instalments to instant discounts and cashbacks,” said Bansal of Amazon Pay. “We have 10% discount on HDFC Bank cards, and will give 10% additional cashback for every user paying digitally.” Amazon has also tied up with ICICI Bank to launch a special credit card for the bank’s customers.