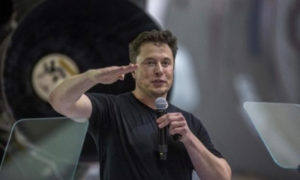 Los Angeles: Billionaire entrepreneur Elon Musk has scrapped plans for a high-speed passenger tunnel under the West side of Los Angeles but is moving ahead with a similar proposal across town designed to whisk baseball fans to and from Dodger Stadium.

Musk’s aptly named underground transit venture the Boring Company gave up on its development of a 2.7-mile (4.4-km) tunnel in West L.A. to settle litigation brought by community groups opposed to the project, the two sides said in a joint statement on Wednesday.

The move came six months after Musk, the high-tech baron better known as founder of electric car company Tesla Inc and CEO of rocket maker SpaceX, made a rare personal appearance at a Los Angeles public event to promote his controversial tunnel project.

At the time, Muskboasted of his intention to offer free rides through the tunnel under Sepulveda Boulevard to elicit public feedback before proceeding with a much larger network he has envisioned for the L.A. metropolitan area.

But opponents accused Musk of trying to evade a lengthy environmental review required for such projects by seeking an exemption based on what his company insisted was a small-scale demonstration of a wider concept.

Precise terms of the court settlement were confidential, according to company spokeswoman Jehn Balajadia and a lawyer for plaintiffs of the lawsuit, John Given.

“The parties … have amicably settled the matter,” the statement said. “The Boring Company is no longer seeking the development of the Sepulveda test tunnel and instead seeks to construct an operational tunnel at Dodger Stadium.”

Plans for Boring’s so-called “Dugout Loop,” an underground high-speed transit corridor between Dodger Stadium and one of three existing subway stations along the city’s Metro Red Line, were first unveiled months ago on the company’s website.

An initial public scoping hearing for the project, the first major step in a full-scale regulatory review of the Dugout Loop, was held by the city’s Public Works Department in late August.

Meanwhile, the company has said a separate, shorter tunnel it has dug beneath the tiny neighbouring municipality of Hawthorne, where Boring and SpaceX are both headquartered, would be completed by 10 December.

“Based on what we’ve learned from the Hawthorne test tunnel, we’re moving forward with a much larger tunnel network under LA,” Musk tweeted on Wednesday, adding, “Won’t need a second test tunnel under Sepulveda.”

Boring said the Hawthorne tunnel and its Dugout Loop would serve as proof-of-concept sites for a traffic-easing system of subterranean tubes that will move pedestrian vehicles called “skates” from place to place at up to 150 miles per hour (240 km per hour).

The Dodger Stadium tunnel will initially be limited to some 1,400 passengers per event, about 2.5% of the ballpark’s capacity, but ridership could eventually be doubled, Boring’s website said. It said fares would run just $1 a ride.

In June, Boring was selected by the city of Chicago to build a 17-mile underground transit system connecting that city’s downtown to O’Hare International Airport. The company also has proposed an East Coast Loop that would run from downtown Washington, D.C., out to the Maryland suburbs.

Musk, known for aggressively taking on large-scale technical challenges with which he has had little previous experience, launched his foray into public transit after complaining about L.A. traffic on Twitter in late 2016, vowing then to “build a boring machine and just start digging.”