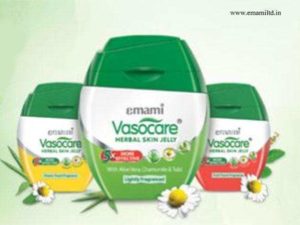 New Delhi: FMCG firm Emami Tuesday reported a decline of 16.14 per cent in consolidated net profit at Rs 82.68 crore for the second quarter ended September 30, 2018. The company had posted a net profit of Rs 98.60 crore during July-September quarter a year ago, the company said in a BSE filing.

Emami’s revenue from operations was almost flat at Rs 628.02 crore as against Rs 627.93 crore in the corresponding quarter of the previous fiscal.

“Our growth in the first half of 2018-19 has been modest. Rising input cost of key raw materials has been a challenge. Wholesale recovery has been moderate and is expected to pick up further,” Emami Director Mohan Goenka said.

He further said:” While Modern Trade performance has been good, rural too is picking up.With erratic monsoon and winter being slightly delayed, offtakes were affected.”

During the period, Emami has “increased its direct reach to 9.15 lakh outlets, increasing the reach by 65,000 outlets,” said Emami in a statement.

“Our male grooming range has performed well during the quarter. Younger brands and brand extensions like Fair and Handsome Face Wash, HE Deo and 7 Oils-in-One have contributed significantly during this period,” said Emami Director Harsha V Agarwal.

Over the outlook, Emami said it is “positive and we expect to close 2018-19 in double digits.”