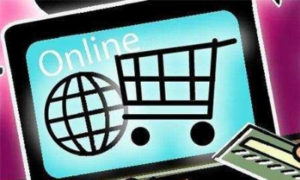 BENGALURU: Online retailers and marketplaces will soon be liable for fraudulent sales and defective products sold on their platforms as ecommerce is set to be regulated under the Consumer Protection Bill, 2018 that the Lok Sabha passed on Thursday. The bill, which will replace the Consumer Protection Act, 1986, now has to be cleared by the Rajya Sabha.

Under the new rules drafted by the consumer affairs department, which ET had reported first in March, ecommerce firms would have to disclose their business details and seller agreements, apart from also disclosing how they use consumer data. The rules for ecommerce under the Consumer Protection Bill have been drafted, but are still to be cleared by the department’s secretary, said an official who did not wish to be named.

The rules will also be shared with the department of industrial policy and promotion (DIPP) to be included in the national framework for an ecommerce policy that it is charged to come out with, the official said.

The rules are likely to alter the definition of ecommerce platforms to describing them as service providers instead of intermediaries.

The IT Act states that network service providers are intermediaries, while the DIPP’s FDI guidelines refer to online marketplaces as providers of technology platforms to act as facilitators between buyers and sellers.