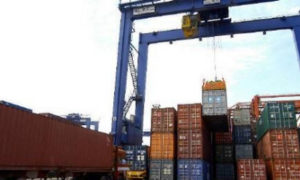 MUMBAI: The Export Import Bank of India (Exim Bank) Monday said the country’s export growth will surge to 7 per cent for the October-December quarter.

The release of the estimates, done by the city-headquartered policy bank using in-house modelling method, comes days after official data showed merchandise exports growth slumping to 0.8 per cent for November on a base effect.

The Exim Bank estimate said merchandise exports will go up to USD 82.39 billion for the third quarter of the fiscal year, as against USD 77 billion.

Non-oil exports will grow 7.20 per cent to USD 71.45 billion during the same period, as against the USD 66.65 billion in the year-ago period.

In a statement, the bank said it has developed an in-house model to generate an export leading index (ELI) for India to track and forecast the movement in exports on a quarterly basis.

The ELI modelling will keep getting updated and the findings will be released by the bank on a regular basis, the statement added.

The model and forecast have been reviewed by a standing technical committee of domain experts, it said.

The country’s exports growth slid sharply to 0.8 per cent in November from October’s 17.86 per cent growth in what was attributed to base effects.

There was a double-digit contraction in exports of gems and jewellery and engineering goods in November, which impacted the overall growth.