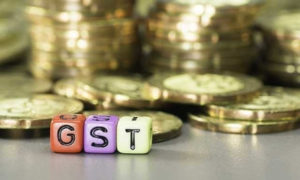 NEW DELHI: In a consumer-friendly measure, the revenue department is planning to make it mandatory for composition dealers and service providers to declare their GST registration status in invoices to ensure that they do not charge any tax from buyers. The measure, once implemented, would check the widespread practice of composition dealers of charging GST from purchasers and not depositing it with the exchequer, an official said.

The revenue department is also planning to launch a campaign to educate consumers that the dealers opting for composition scheme are not required to charge the goods and services tax (GST) from purchasers, the official said.

Under the GST composition scheme, traders and manufacturers are required to pay only 1 per cent GST on goods which otherwise attract a higher levy of either 5, 12 or 18 per cent. Such dealers are also not permitted to charge GST from the purchaser.

Of the 1.17 crore businesses registered under GST, about 20 lakh have opted for composition scheme.

“It has come to the notice of the government that a large number of composition dealers are levying GST at higher rates and not depositing it with the government,” the official told .

According to the proposal being considered by the Central Board of Indirect Taxes and Customs (CBIC), businesses will have to mandatorily mention in the invoice generated by them that they are composition dealers and, hence, are not required to charge GST.

“Simultaneously, we will educate consumers that they should not pay GST while buying goods from composition scheme dealers,” the official said.

To ease compliance burden for small businesses, the GST law provides for composition scheme under which traders and manufacturers with an annual turnover of up to Rs 1 crore can pay 1 per cent GST. This threshold will increase to Rs 1.5 crore from April 1.

Also the GST Council, headed by Arun Jaitley and comprising state ministers, in its meeting on January 10 permitted service provider and those dealing in both goods and services with a turnover of Rs 50 lakh to opt for composition scheme.