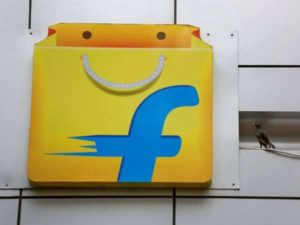 “The interim injunction has been pronounced and it (Flipkart) has been restrained,” said SK Bansal, the lawyer for Marc Enterprises that doesn’t want Flipkart to use the MarQ brand name. The interim ruling came from the Patiala House District Court in the national capital.

Flipkart sells refrigerators, washing machines, LED TV sets, microwave ovens, and a host of large appliances under the MarQ brand, and the label was prominently advertised as part of the recent Big Billion Day sales.

“We have not received a copy of such an order and we will take appropriate steps as and when a copy of the order is served upon us,” a Flipkart spokesperson said in an emailed response to ET’s queries.

The case is running for the past 10 months, first in the District Court and then in the Delhi High Court. In January, the District Court in Patiala House had, in an ad-interim injunction, restrained Flipkart from using brand MarQ after the city-based appliances manufacturer Marc Enterprises had alleged that Flipkart’s brand was similar to its own and the e-commerce giant was in violation of the Marc trademark registered in 1984.

Marc Enterprises, which sells geysers, fans and coolers, had alleged in its petition that Flipkart was using the MarQ name “dishonestly, fraudulently and out of positive greed.”

“It seems that, prima facie, there is phonetic similarity between the trademark ‘Marc’ of the plaintiff and trademark ‘MarQ’ of the defendant,” Chandra Shekhar, additional district judge at Patiala House Courts, had then said in his ruling.

After that, Flipkart had appealed in the Delhi High Court to get the injunction vacated, but the court gave Flipkart time to exhaust its existing inventory under the MarQ brand, and asked the Walmart-owned company to deposit Rs1 crore as bank guarantee, according to lawyers.

“It had approached the court saying that it had seasonal items and during the summer season, it had appliances pending with them. So the court permitted the company to exhaust the inventory but that was subject to the final outcome of the Patiala House Court ruling,” Bansal said.