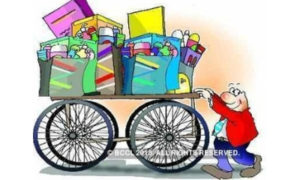 NEW DELHI: The FMCG  grows 16.5% in terms of value in the third quarter of 2018 because of increase in private consumption, expansion in rural income and moderate inflation levels of about 4%, according to Nielsen’s quarterly report.

For the last quarter of 2018, the research firm expects the growth in the FMCG sector to drop to as much as 12-13% due to macro-economic factors such as below average rainfall, ban on plastics in some states, and floods in Kerala which is a consumption-oriented state. However, this would not affect the growth estimate for the FMCG industry for calendar year 2018 which is approximately 13%, slightly lower than 14.1% in calendar year 2017, Nielsen said in a statement.

The rural markets grew faster at 20% during the quarter than urban India, which grew at 14.5%. The market research firm also noted that the FMCG companies in the top 50 contributed 60% in value terms; however, the smaller manufacturers have been driving the growth.

The presence of regional players is predominantly in packaged food categories where they clocked 31% growth in September 2018 on year. This was nearly three times the growth seen among national players. The contribution of ecommerce channels towards FMCG sales stands at just over 1% at present, and has grown at over 101% since last year. In some product categories and markets, the contribution is touching double digits of total category value sales.