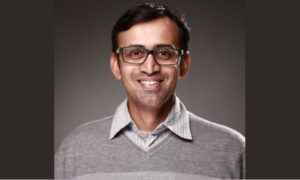 Anand Chandrasekaran, who was until recently, a director of platforms and product partnerships at Facebook based in its Menlo Park headquarters, has left the company, sources close to the development told ET. His departure ends a two-year stint which began in September 2016, where he had joined to work on Facebook’s popular Messenger product.

Chandrasekaran, who is also an active angel investor in the Indian startup ecosystem, is said to be exploring outside opportunities in the Bay Area, people close to the development told ET.

Sources in the know told ET that while the 40-year-old had initially joined Facebook to work on the tech giant’s Messenger platform, “he began overseeing the company’s India business, acting as a bridge between the two markets.” Facebook considers India as its largest market, with over 250 million active users.

Another person aware of the development, told ET, that in the last six months, Chandrasekaran was looking at WhatsApp, specifically for the India market. It is unclear if he was the point person for its in-limbo Unified Payment Interface (UPI) based payment product. WhatsApp, like its parent company Facebook, also considers India as its largest market.

While it isn’t clear what Chandrasekaran would do next, there has been speculation about him starting his own venture.