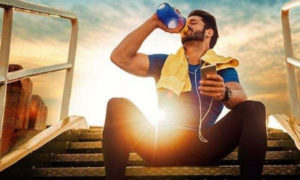 Mumbai: Growing health consciousness among younger consumers is widening the market opportunity for niche protein-based brands, which were hitherto consumed by an ageing population.

Industry experts said the awareness around protein intake has resulted in 25- to 30-year-olds making such products a part of their daily diet. This has fueled a growth of brands that were earlier relegated to a small segment of society and were used by the masses only when recommended by a doctor.

One such brand is Protinex that is redefining its journey and the manner in which it communicates with consumers. Danone India director (marketing and health care nutrition solutions, or HCNS) Himanshu Bakshi said, “The understanding about health among young adults (20-30 years of age) has significantly changed in the last three years. In the past, Protinex consumption was largely driven by consumers over 35 years of age. Today, the brand attracts a younger group of consumers. We see a trend of youngsters becoming more aware about their health as the reason for this shift in Protinex becoming a ‘younger brand’.”

It is a well documented fact that most malt-based milk food drinks that are targeted at children were consumed by adults as well. The reasons were a lack of awareness about muscle health in the absence of clear communication by marketers. Today, the influence of social media and a growing tribe of nutritionists communicating about the right way of eating is driving sales of such products. GSK Consumer Healthcare India — the maker of Horlicks, for which global multinationals Unilever and Nestle are fighting a close battle — came up with a differentiated offering like Horlicks Protein+ to target working adults who are likely to miss out on adequate protein intake due to hectic lifestyles.

Although nutritional products continue to remain in demand among older consumers, they are also simultaneously gaining popularity among consumers under 35. At Amway, which owns Nutrilite, the contribution in sales from under-35 direct sellers/consumers in its nutrition and wellness category has increased from 35% to 40% in a year.

Amway India chief marketing officer Sundip Shah said, “This trend is largely driven by rising health consciousness, focus on fitness and the increasing awareness of the need and importance of maintaining optimum nutrition levels. Protein is our largest selling product and is popular with consumers of all ages. Young consumers are also taking to our protein for general health, fitness and its versatility due to its neutral taste.” Shah said Amway leads the protein category in India with a share of 25%, according to Euromonitor. The nutrition market in India is said to be of the order of Rs 5,000 crore, according to industry estimates.

However, nutritional drinks are priced almost double the regular milk food drinks. For instance, a 400 grams PET jar of Horlicks Protein+ costs Rs 495, while Horlicks Classic Malt is priced at Rs 228 for 500 grams. The trend of consumers veering towards nutritional products would certainly result in better value growth for marketers.