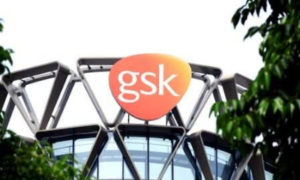 MUMBAI: A JV proposed by GlaxoSmithKline and Pfizer Consumer Healthcare is poised to become the world’s biggest seller of over-the-counter medical products and may salvage the brands of both companies that are struggling to grow in India.

Even with a handful of products, the JV will have a leading market share in all key regions, including India.

The top brands in the local market will include Sensodyne, Crocin, Eno, Voltaren, Centrum, Caltrate, Anacin and Anne French. The combined sales of these products is estimated to be between Rs 1,000 and Rs 1,500 crore. Pfizer said it is excluding Corex, Gelusil and Becosules from the JV, having declared earlier that they are to be considered for a strategic review.

GSK and Pfizer said on Wednesday they will merge their consumer healthcare businesses, which have combined sales of $12 billion, by creating a JV with GSK owning 68% and Pfizer 32%. The decision comes 10 months after GSK walked out of a deal to buy Pfizer’s consumer health business.

“The joint venture is expected to have No. 1 or 2 market share positions in all key geographies, including the US, Western, Central and Eastern Europe, China, India and Australasia,” the companies said in a joint statement.

GSK clarified that assets within the scope of its proposed divestment of Horlicks and other consumer healthcare nutrition products to Unilever and their proceeds will not be included in the JV with Pfizer.

“Through the combination of GSK and Pfizer’s consumer healthcare businesses, we will create substantial further value for shareholders,” said Emma Walmsley, CEO of GSK.

The deal is expected to deliver cost synergies worth $650 million. Walmsley has been reworking GSK’s business as the company struggles to make its mark in the highly competitive innovative drugs business. In March, GSK acquired the over-the-counter drugs of Novartis for $13 billion. Analysts expect the next merger will be between GSK and Swedish drug maker AstraZeneca.

For both GSK and Pfizer, the innovation pipeline has been dry and they have depended on their legacy prescription brands and vaccines to stay in the game.

GSK said the JV with Pfizer will be a category leader in pain relief, respiratory, vitamin and mineral supplements, digestive health, OTC skin health and therapeutic oral health and will have the largest global OTC market share at 7.3%, ahead of its nearest competitor at 4.1%.

“Pfizer anticipates deconsolidating Pfizer Consumer Healthcare from its financial statements following the closing of the transaction. In the nearto medium-term, this deconsolidation is not expected to have a material impact on Pfizer’s top-line growth,” the company said in a statement.

From the brand point of view, Pfizer will get a much-needed revival through the JV. Pfizer has less brand recall among consumers and is not known for its consumer business in India. Considering GSK in India has stronger brand loyalty among consumers, it has its job cut to take this JV forward, said N Chandramouli, CEO of TRA Research, a brand strategy and insights company.