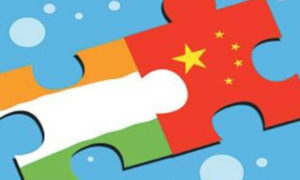 New Delhi: The government is seeking to lower import duties on fewer Chinese goods or do away with customs duty over a longer period as it seeks to contain a possible surge in imports from across the border after the two Asian economies joined the 16-nation Regional Comprehensive Economic Partnership (RCEP) agreement, pitched to create the world’s largest free-trade bloc.

“India is looking for less than full reciprocity and the Chinese side understands that,” said a source, who did not wish to be identified. This means that India is willing to cut or remove duties on fewer goods imported from China or gradually pare duties over 20-25 years, while Beijing reduces tariffs faster.

The government has agreed to reduce import duty, and ultimately eliminate it, on 80-86% of the goods imported from China, Australia and New Zealand, while the coverage will be 90-92% for countries with which India already has a free-trade agreement, including, Japan, South Korea and the 10 Asean members.

There are fears that the massive trade deficit with China, estimated at $63 billion last year, is expected to surge after the RCEP agreement is signed as India will be forced to allow duty-free or lower duty imports from across the border. Already, Chinese goods have swamped the market in several segments, ranging from mobile phones and garments to Ganesh and Lakshmi idols sold around Diwali.

With negotiations entering the last lap before the agreement is finalised by 2019-end, key focus of talks will be on China, with officials from both sides holding detailed discussions earlier this month and another round planned shortly. “These talks will decide the course of RCEP,” said an official.