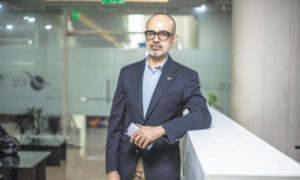 New Delhi: Three months after the launch of India Post Payments Bank (IPPB), its managing director and chief executive officer, Suresh Sethi, spoke to Mint about IPPB’s achievements, targets and expansion plans. The government owns 100% equity in the public sector company, which operates under the department of posts, and is governed by the Reserve Bank of India (RBI). Edited excerpts:

It has been three months since the launch. How has the journey been so far?

It has been a very hectic period because our focus now is largely to ramp up. During the launch event, the Prime Minister had announced that we’ll attempt to connect the entire postal network by the end of this year. Our goal is to get last mile connectivity ready in the technological and infrastructural front and to get our people trained and certified to act as banking service providers. We are currently working towards getting the entire postal network linked to provide services, which effectively means 1.55 lakh points of services by December-end.

How many are already operational?

Our original footprint was 3,250 points of service. Our target is to get everything up and ready by December-end. In the interim, to give you a sense, when we launched we had certified some 15,000 people who were trained to be able to offer banking services. Now, over 1 lakh people are already trained and out of them around 90,000 have also been certified.

Who are these trained and certified agents?

These are our postal agents, they could be postmen, gramin dak sewaks, and postal assistants. We are training them and that’s where the sharp ramp up is happening. Once a person is trained and certified they act as our doorstep service providers. All that is needed is to provide them with hand-held devices—a smartphone and a biometric device—and they are ready to offer banking services.

Are you using Aadhaar-based KYC?

We have stopped Aadhaar-based KYC other than for direct benefit transfer (DBT) accounts. There was a very clear direction from the attorney general’s office, it said that Aadhaar KYC can be used for customers desirous of availing benefits of DBT but not for regular accounts.

Have payments banks collectively approached the regulator to sort it out?

We have had various discussions. There have been representations made to the Indian Banks’ Association (IBA), the Reserve Bank of India and have presented our point of view to various forums. If we see the specific aspects of the Supreme Court’s judgement, it has commented on the Prevention of Money Laundering Act (PMLA), 2002 and section 57 of the Aadhaar Act. The latter very clearly indicated that it has to be supported by a legislation and PMLA Act, when it was last modified, somehow indicated that Aadhaar was mandatory. So, we are representing the view what if PMLA Act is rolled back and Aadhaar is just treated as an officially valid document.