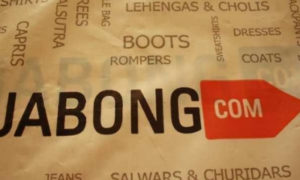 Online fashion retailer Jabong is expected to lay off a significant portion of its workforce in Gurgaon as part of a restructuring at Flipkart Group, according to three sources familiar with the development.

In all, Jabong, which was acquired by Flipkart’s fashion unit Myntra in 2016, could lay off 40-50% of its 400-strong workforce. Walmart, which owns a majority stake in Flipkart, is looking to drive more synergies between Myntra and Jabong with that of Flipkart’s fashion business. The two entities have been brought under the control of Flipkart CEO Kalyan Krishnamurthy following co-founder Binny Bansal’s exit as group CEO earlier this week.

Flipkart Fashion and Myntra will continue to be run independently, although it is not clear how much focus will remain on Jabong and if it will continue operations.

The move is expected to start with a restructuring of Jabong, where all operations including technology and corporate functions like HR and finance will get combined with those of Myntra’s, two sources said. Jabong is also likely to move base to Bengaluru from Gurgaon. In a statement on Thursday, Krishnamurthy said he is committed to growing the Myntra business. “The Flipkart group is committed to the success of Myntra and growing the business, now more than ever. We want to empower the Myntra team to continue to operate independently to achieve even greater success,” he said. Flipkart and Myntra did not reply to specific queries by ET.

There is also speculation about Myntra-Jabong CEO Ananth Narayanan, who now reports to Krishnamurthy after Bansal’s exit, leaving the company.

Myntra-Jabong’s CFO Dipanjan Roy has also stepped down, as per two sources mentioned above. This comes after chief marketing officer of Myntra and head of Jabong, Gunjan Soni, and Myntra’s chief strategy officer and head of categories, Ananya Tripathi, quit the company earlier this year.

Myntra’s below-par performance this year could also push the company towards an integration with Flipkart. An announcement on this is expected to be made soon, a person privy to the goings-on said. Myntra is said to have missed its revenue target for 2018, with Jabong contributing significantly to the shortfall.

Merging the business is likely to streamline costs and operations, experts said.

While Flipkart’s fashion business has been run by close to 100 employees, the same functions at Myntra are run by 1,000 people. Sourcing for all three platforms may be merged while further synergies are being explored, sources said. “Flipkart Fashion, Myntra and Jabong will also be integrated wherever there are synergies, while the front-end will continue to operate separately,” a person aware of the developments said. Another person, however, said Myntra is likely to maintain its independence, while reporting into Krishnamurthy. “The entire purpose is directed towards cost saving in operations and marketing,” said Satish Meena, senior forecast Analyst at Forrester.

“That’s what Walmart wants them to do in the fashion category through private labels owned by Flipkart and Myntra, while also looking to bring their own private labels to India,” he added.