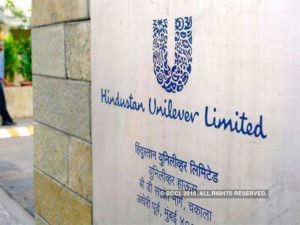 Mumbai: At a time when CEO tenures have come down, Sanjiv Mehta has completed five years at the helm of Hindustan Unilever (HUL). The HUL CMD, who delivered his fourth consecutive quarter of double-digit volume growth in July-September this year, believes people should spend more time in the job to make a difference. This is contrary to industry trends where people movement and job hopping are considered vital for a successful career. The Rs 36,000-crore FMCG behemoth is turning the trend on its head.

In an exclusive interview with TOI, Mehta said, “I believe people need to spend more time in jobs to build capabilities and make a difference. The flip side is that we need to ensure that the career progress keeps happening for good performers.”

“There was a time when most organisations were paternalistic and took on the responsibility of developing careers for their people. Today, careers need to be steered by individuals themselves. We have to create an environment where people are happy to continue in a category because it gives them growth and opportunity to make the difference rather than flitting from one job to the other,” said Mehta, who is satisfied with an annual attrition rate of 6-7% because it allows the company to accelerate the tracks of other employees. On the other hand, the company is recruiting a lot of people at mid-career levels with the right kind of talent profile. “The profile of talent is undergoing a change. When we were building our e-commerce function, we brought in a lot of talent from e-commerce players. Similarly, when we were recruiting the new leg of marketers, many of them had digital and data experience,” he said.

People matters occupy Mehta’s mind space a lot. “If you look at my calendar for the month, the maximum time I spend is on re-imagining HUL and coaching & mentoring of our people,” he said. It was two years ago that Mehta set on a journey of ‘re-imagining HUL’, of which new technology is a big part. While HUL is using robots in warehouses, it is also getting into precision marketing. Currently, there are about 50 projects running across the supply chain under the banner of re-imagining HUL.

So, even while he reflects on the past five years, Mehta has his eyes peeled for future disruptions in the making and the strategies he should deploy to reshape the organisation. With 15 country category business teams (CCBTs) and 14 winning in many Indias (WiMI) clusters creating big jobs for younger managers in their mid-30s, Mehta said, “In today’s world, it’s not the big who beats the small, it’s the fast who beats the slow. While we may be big, our endeavour has been to be agile and WiMI & CCBTs have been a complete step change in terms of bringing in speed and agility. Our thinking is fast, our planning is precise and it’s much more granular. It has ratcheted up our execution to the next level.”

Some of these clusters and categories are bigger than many of the FMCG companies, which means a category/cluster leader is virtually running a board. “With these ‘mini boards’, we are grooming many business leaders. It has unleashed a huge amount of energy and has brought in a bigger sense of ownership. On the other hand, it has freed up my top team to look at bigger things like M&As, disruptions, new business models and talent for the future,” said Mehta.

The results from the rewiring of the system are now visible. The time taken for an innovation to hit the market has been reduced significantly, in some cases it has been cut by one-third and in some others by half. Besides, HUL has seen a 6-7% savings of turnover, which has allowed the company to invest in market development and technology. The categories of the future — such as liquid detergents, premium beauty care, hair conditioners, naturals range, green tea — now form 20% of the turnover (it was 10% a few years back) and are growing twice the average growth of the company.

Building the firm of the future is now a priority for Mehta. “Though every generation talks about change happening at a much faster intensity than the previous time, this time the ferocity of change is of a different magnitude altogether,” said Mehta.