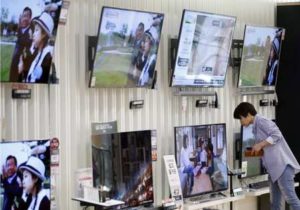 LG India senior director (B2B; SAC & institutional business) Ravinder Zutshi said the company at present locally manufactures just 25% of its video wall portfolio which it sells in India and by 2019 it will scale it up to almost 80% of the portfolio, including the OLED models. “The investment will be in line with government’s make in India policy,” he said.

The company claims it has around 50% share in the Rs 2,000 crore digital signage market where brands like Samsung, Sharp and Panasonic also operate. “The digital display business is the fastest growing across businesses at LG India and accounts for around 5% of total turnover. This is growing at 45-50%,” said Hemendu Sinha, business head of B2B at LG Electronics India.

Sinha said there is a trend now of businesses installing larger size walls. “The main customers include corporate, government, fashion, hospitality, command and control centres, retail and transportation. There is a growing demand for video walls in India and especially the larger screen as in globally,” he said.

LG on Thursday launched the world’s first 0.44mm even bezel video wall in India whereby the bezel is one of the thinnest in the industry. Sinha said the largest video wall in India at present is in a hotel in Kolkata which consists of 64 panels while a mall in the National Capital Region has done a ceiling of video wall.