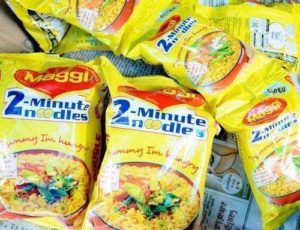 NEW DELHI: Amid mounting concerns over the impact of plastic on the environment, Nestlé India, the country’s largest foods company, has started a returns programme for its flagship product Maggi noodles.

Consumers can exchange 10 empty packs of Maggi noodles for one fresh packet at retail shops. The programme has started at two places in Uttarakhand and could be introduced in other states later.

For the pilot project in Dehradun and Mussoorie, Nestlé is working with about 250 retailers. The move is among the company’s various plastic waste management initiatives, a Nestle India spokesperson said. Maggi, along with PepsiCo’s Lay’s chips and Parle’s Frooti were named in May among the top brands causing plastic pollution as consumers were not disposing of empty packs efficiently in one of the country’s most-visited hill stations in Uttarakhand.

The findings were from a joint study by Gati Foundation and Uttarakhand Environment Protection & Pollution Control Board. “We are hopeful that this will bring about a behaviour change in consumers and help create awareness for responsibly disposing plastic waste and prevent littering,” the Nestlé spokesperson said.

The collection of empty packs and responsible disposal will be done by the Indian Pollution Control Association. Analysts said the cost of giving away the Maggi packs would likely be clubbed under the company’s promotional expenditure.