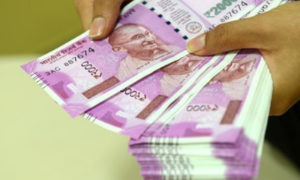 Mumbai: Indian stock markets, the rupee and bond prices on Tuesday slumped after the unexpected resignation by RBI governor Urjit Patel and after early trends showed the Bharatiya Janata Party was trailing in Rajasthan and facing a close contest in Madhya Pradesh and Chhattisgarh. At 9.15am, the Sensex was trading at 34,482, down 375.59 points, or 1.07%, and the Nifty stood at 10,346.90, falling 141.55 points, or 1.35%. The rupee was trading at 72.16 a dollar, down 1.13% from its Monday’s close of 71.34. The currency opened at 72.44 a dollar. The 10-year government bond yield stood at 7.652% against its previous close of 7.587%. Bond yields and prices move in opposite directions.

“We think both the RBI and the government are right on various issues, but the sudden resignation will lead to questions about whether the government is trying to stifle institutions and whether the resignation is a statement to protect the RBI’s independence. This, along with the lack of policy coordination between the RBI and the government, will mean a higher India risk premium, at least in the short term, in an environment where domestic political uncertainty is anyway on the rise,” said Sonal Verma of Nomura Research in a 11 December note.

“In our view, the resignation should have no bearing on the direction of monetary policy, which is decided by the monetary policy committee, and which we believe is set to take a dovish skew owing to fundamental reasons (low growth-low inflation). However, decisions on the regulatory functions of the RBI could be affected,” Verma added.

The timing of the governor’s resignation and the already cautious mood in the markets following today’s actual count for the state elections will dampen sentiments, said Radhika Rao, economist at DBS Bank.