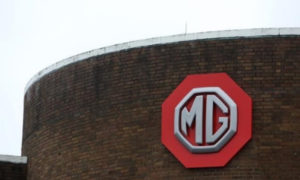 New Delhi: MG Motor India, a wholly-owned arm of China’s SAIC Motor Corp Wednesday said it will launch a sports utility vehicle, Hector in the middle of this year to kick off its journey in the country.

The MG Hector will go in to production in the second quarter of 2019 at the company’s manufacturing facility at Halol, Gujarat, MG Motor India said in a statement.

“With over 75 per cent localisation levels to begin with, the company aims to enter the growing premium sports utility vehicle (SUV) segment with a best-in-class offering that sets a new benchmark in its segment,” it added.

Commenting on the upcoming product, MG Motor India President & Managing Director Rajeev Chaba said, “based on the company’s global platform, the Hector has been heavily re-engineered to enrich product attributes and suit the evolving preferences of the customers and Indian road conditions.” With 100 sales and service touch points in place by May 2019, he said, “we are confident that we will be able to exceed the market expectations with Hector.” Last year MG Motor India had stated that it would increase investment to over Rs 5,000 core in the next five to six years as it gears up to launch one new product each year in India from 2019.

The company had already started investing Rs 2,000 crore on upgrading the Halol plant in Gujarat which it had acquired from General Motors in 2017.