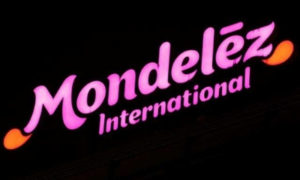 Mondelez International Inc said on Monday it would hike prices for biscuits, gums and candies in the United States and certain emerging markets next year to battle rising transportation and freight costs.

The company’s shares were up 2.2 percent at $41 in extended trading, after the Oreo cookie maker also reported a quarterly profit that edged past estimates.

Higher fuel prices, new driver regulations and a shortage of drivers have made moving freight costlier for packaged goods companies.

Analysts on average had expected 39.94 percent, according to Refinitiv data.

Analysts on average had expected a profit of 61 cents per share on revenue of $6.32 billion, according to Refinitiv data.