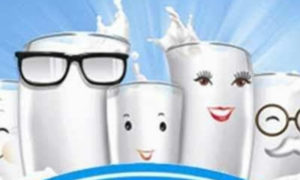 NEW DELHI: Mother Dairy is set to enter the booming organic products market through its Safal brand, which will pit it directly against current top players in the segment, such as Organic India, 24Mantra and Navdanya.

The wholly-owned subsidiary of the National Dairy Development Board (NDDB) will initially sell its organic range of fresh fruits and vegetables and other kitchen ingredients through select 100 Safal booths across Delhi-NCR. Mother Dairy will source from major organic goods producing states, including Maharashtra, Madhya Pradesh and Sikkim, sources told TOI . A Mother Dairy spokesperson did not reply to an email.

In addition, a range of organic kitchen ingredients such as pulses, rice, spices, millets, dry fruits and wheat flour are being introduced as per the regulations of National Programme for Organic Production (NPOP), Government of India and FSSAI’s Jaivik Bharat norms. The company plans to further expand its organic portfolio in near future.

The Rs 4,000-crore domestic organic products market, consisting packaged food, textiles and personal and beauty care, has been growing at around 25% annually and is expected to touch Rs 10,000-Rs 12,000 crore in two years, according to an Ernst & Young report.

Despite its steady growth, the organic products market in India remains niche and relegated to affluent urban consumers. For instance, the domestic per capita consumption of organic produce is pegged at around Rs 80 per year.