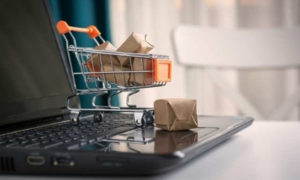 KOLKATA: The new e-commerce FDI policy has raised doubts on the future of online exclusive electronic and smartphone brands to continue their strategy of exclusivity, even though executives of these brands are hopeful of continuing this by tweaking their business model.

Executives of some of the leading online exclusive brands said there is lack of clarity and they would seek clarification from the marketplaces and legal teams. Brands like BPL, TCL’s iFFalcon, MarQ, Blaupunkt TV, Sanyo, Tenor, Thomson, Amazon Basics and Meizu are operating as online exclusives in India through either Amazon or Flipkart.

The new FDI policy stated that the “e-commerce marketplace entity will not mandate any seller to sell any product exclusively on its platform only”.

Avneet Singh Marwah, CEO at Super Plastronics, the licensee for Thomson and Kodak TV brands sold on Flipkart, said the policy will not affect the brands since they are not sold directly to any marketplace but to different sellers. “The marketplace has no stake in our brands and hence we don’t anticipate any business loss,” he said.

BPL’s COO Manhmohan Ganesh said the company will seek more clarity. “But we think the choice of channel will remain. We are keen to continue online exclusivity to avoid confrontation with offline retailers on pricing and other issues which a lot of brands are now facing by selling through both online and offline,” he said.

Brands like Xiaomi and OnePlus rapidly gained market share in the Indian smartphone market by being exclusive to Flipkart and Amazon respectively after which they decided to expand their sales channel including foraying into offline.

The chief of a leading appliance maker, however, said the policy will affect a lot of new brands which were entering the country through the e-commerce route where cost of operation is low and hence were selling at predatory pricing. “These brands may be at a challenge since it might be difficult for the marketplaces to prove that they did not mandate a seller,” he said.

He, however, feels online exclusive models of large brands will not take a hit since they are variants of those sold in offline stores.

Some electronics and smartphone brands had been supplying their products to Amazon and Flipkart’s wholesale entities – Amazon Wholesale and Flipkart India respectively – which would in turn sell to the sellers for sales to consumer.

These brands would now have to relook at this strategy to comply with the new purchase norms for the sellers and they may directly bill to the sellers instead, the executives said.