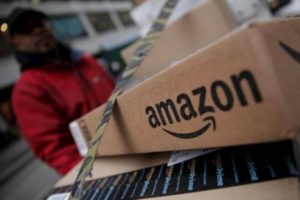 CHANDIGARH: The district consumer disputes redressel forum has directed an online shopping website, Amazon.in, and seller Vinay Associates to pay Rs 5,000 for failing to refund the money after they sent a wrong product to the complainant. They were also directed to refund Rs 29,930 to the complainant with 9% interest per annum.

Amandeep Upveja in his complaint shared that he planned to gift an Apple watch to his uncle and as such placed an order on Amazon on November 23, 2016, for an Apple watch, sport 42mm space grey aluminum, and paid Rs 29,930.

However, on opening the packing of the product delivered to his uncle it was found to be different watch. He said that a smart watch of a different company had been sent in place of an Apple watch.

He informed Amazon on the same day of delivery, November 29, 2016, but despite of an assurance to pick it up, they did not turn up and ultimately the complainants sent the product back to them, which was delivered to them on December 23, 2016. It was further stated that despite receiving the product back, they did not refund the amount and lingered on with the matter on one pretext or the other.

The forum after hearing both sides said that Amazon.in had created a platform and sold the good of different companies to the public, therefore they are explicitly and implicitly responsible for any defect in goods or deficiency/unfair trade practice on the part of manufacturer/trader/company which sells their product through Amazon.in. It further held that Amazon.in could not be allowed complete immunity from such type of unfair trade practice as in the present case, wherein the complainant, who is a bona-fide innocent buyer of a product, had been cheated by the seller by delivering a wrong item and also refusing him refund of amount.

They were then directed to jointly pay up and refund money with interest from November 23, 2016 (the date of booking of Apple watch).