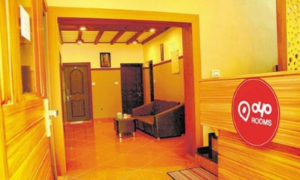 Bengaluru: OYO Rooms, India’s second-most valuable startup, will hold a share buyback plan in January, the first in a series of programmes that is expected to yield its former and current employees a total of $150-200 million over the next two to three years. About 250 ESOP (employee stock ownership plan) holders of OYO will be able to offer their shares in the first round estimated at about ₹40-50 crore.

The hospitality chain declined to name the investor who will buy the shares.

“As a part of this effort, eligible option holders both existing and ex-employees will be rewarded for their loyalty and value created over the last four years by way of liquidating a portion of their stock options,” Dinesh Ramamurthi, chief human resources officer at OYO told Mint. “The eligibility for awarding ESOPs was calculated based on the individual’s role, contribution, and long-term potential,” he said.

The move by OYO comes in a year that has seen many internet companies, including Flipkart, Paytm and Ola, offer cash to ESOP holders. This represents a major boost for the startup ecosystem that has struggled in previous years to prove that ESOPs matter as an avenue of compensation. Such liquidity events also track the general rise in exits at startups where secondary share sales have led to many early investors bagging attractive returns.

“Startups that are raising big rounds are using a small part of the proceeds to buy back some employee stock options,” said T.N. Hari, HR head at Bigbasket, which spent $4 million on buying back ESOPs last year. “It is a positive sign that helps employees realize that ESOPs don’t just have paper value but actually hold real monetary value,” he said.

While Flipkart has had the highest number of ESOP repurchase programmes over the years, with the largest liquidation round being earlier this year when Walmart bought 77% of the company, other companies are also playing catch up by facilitating their first-ever ESOP repurchases this year.

The ESOP repurchase plan at OYO caps what has been the its best-ever year. Earlier this year, OYO signed a strategic agreement with Makemytrip, which then delisted OYO’s rivals, Treebo and Fab Hotels. Oyo also expanded to several international markets, including China and Japan.

In September Oyo said it raised $1 billion from Japan’s SoftBank Vision Fund and other investors, making it India’s second-most valuable start-up after Paytm, and the latest to join the coveted unicorn club.