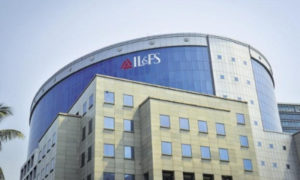 New Delhi: The Parliamentary Standing Committee on Finance will take stock of the developments at crisis-hit IL&FS Group for three days from December 3, an official said Tuesday. On October 1, the government superseded the board of IL&FS after some of its group entities defaulted on debt payments which triggered concerns of a liquidity crisis in the financial market. The total debt of the group was pegged at Rs 94,215.6 crore as of October 8. As part of efforts to rescue the group, the government appointed a new board with Uday Kotak as its executive chairman. The panel will meet officials of IL&FS Group and other financial institutions during December 3-5 in Mumbai, the official said.

Earlier this month, Infrastructure Leasing & Financial Services (IL&FS) initiated the process to divest its stake in two of its subsidiaries. It has received over a dozen responses for its stake sale in IL&FS Securities Services (ISSL) and ISSL Settlement & Transaction Services (ISTSL).

In the resolution plan submitted to the National Company Law Tribunal (NCLT) on October 31, the company’s board said it expected to complete the resolution process in stages, over the next two-three quarters.

The plan submitted to the NCLT also hinted at non-transparent and illegal transactions by the previous management in selling a group entity in June 2017.