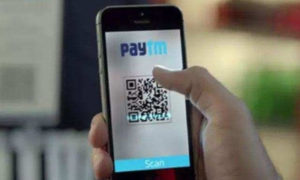 Indian e-payments-to-ecommerce player Paytm, backed by global giants like Alibaba and Softbank, is now looking to build a content war chest to take on rivals Amazon and Flipkart and will launch an over-the-top (OTT) service and has started the hiring process for the service, three persons in the know of the matter told ET.“Paytm has been looking at this space (video service) for some time but it is only now that the plans to set up a team are being formulating,” said a highly placed source with direct knowledge of the development. “The idea is to have multiple services, from wallet to shopping to video to attract more customers and boost engagement.”

A Paytm spokesperson refused to comment to an ET query regarding the company’s OTT plans.

Paytm already has an existing tie-up with Yupp TV, which allows the company to offer some live TV channels to consumers.

However, the company has realised that it will need more content as its rival Amazon already provides video and music streaming through Prime Video and Amazon Music to subscribers of its Amazon Prime service, currently priced at ₹999 per year.

Even Flipkart is planning to produce originals and may also initiate talks with existing video over-the-top (OTT) service providers for content tie-ups to allow the company to offer a paid subscription service like Amazon Prime.

Vikram Malhotra, CEO at Abundantia Entertainment, feels the hunger for content is a fundamental need of the Indian consumer and it’s a matter of time before it becomes default for platforms like e-tailers. “The key challenge will be to build a compelling product that offers streaming video and music while retaining the customer on the platform so that share of mind and wallet is captured comprehensively,” Malhotra said.

Experts also believe it is imperative to get into content for e-commerce players as that will bring in more consumers and build loyalty to the platform. In a way, content is the new marketing budget for these companies.

“Entertainment and news apps are visited up to eight times a day, and comprise around 30% of total time spent by a user on his phone – this aspect can be used to increase time spent on apps that provide content and enhance customer acquisition efficiencies,” said Ashish Pherwani, partner, media & entertainment, EY India.

The Indian video OTT ecosystem has seen a major boost in the last couple of years since advent of Jio, which made data prices dirt cheap and added many first time internet users.

“As the markets and businesses are converging, it is all about share of wallet and share of time of the consumers. Especially for companies in telecom and e-commerce sectors, which have a direct connect with their customers, it makes sense to add original content in the offering,” said Sameer Nair, chief executive at Applause Entertainment, a content studio owned by Aditya Birla Group chairman Kumar Mangalam Birla.

As a content creator, Nair said, Applause is platform agnostic and is looking to “actively partner with all platforms – OTT as well as spinoffs of other businesses.”