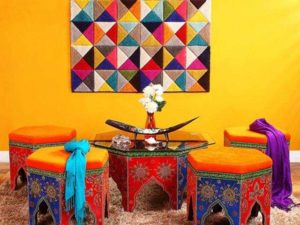 NEW DELHI: Furniture etailer Pepperfry has reshuffled its top management and will also be expanding its business. Hussaine Kesury, who was heading the furniture vertical, has now assumed the role of chief activation officer. He will be responsible for the brick-and-mortar Studios, where customers can touch and feel products and then buy them online. These studios have been contributing 25-30% to the Bengaluru-based company’s sales, said founder Ashish Shah.

Mihir Kulkarni, who was head or marketing, has now been appointed vice president and will head the furniture vertical.

Alok Varman, who was with Pepperfry from 2011 till 2017 and then moved to B2B ecommerce startup WYDR, is back as head of Studios. Ratika Bakshi, who was design head at interior design cost estimation startup Nestopia, has been brought on board as head of business expansion. Bakshi and Varman will report to Kesury.

Shah said the company is now expanding into tiling, painting, ceilings and flooring. These offerings will be available initially in Mumbai and Bengaluru from the first week of November. The company already offers interior design consultation and modular kitchens, besides furniture. Shah said the company plans to double its offline Studios from the present 35 to 70 by March 2019. The company raised Rs 250 crore in additional funding from US-based investor State Street Global Advisors in March this year.