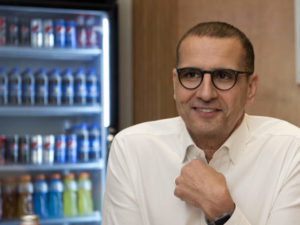 NEW DELHI: Food and beverages company PepsiCo plans to invest $5 million (Rs 36.6 crore) by 2020 in India for expanding its agricultural programmes in the country. The company currently works with 24,000 farmers in India to grow potato, rice, corn and citrus for its products such as Lays, Uncle Chipps, Kurkure snacks and Tropicana juice.

“The company has plans to double the collaborative farming network in the next five years, including expansion to new geographies,” Christine Daugherty, global vice president of sustainable agriculture at PepsiCo, told ET.

PepsiCo is also keen to bring digital technology to the farms, she said. “We are connecting farmers to mobile apps which gives information from pest management to weather information.”

Company officials said that under their guidance, potato farmers have seen yield increase by up to 13%.

Daugherty said PepsiCo relationship with farmers in India goes back 28 years and that they were working along with 24,000 farmers across 14 states through various agri programs, including collaborative farming, direct seeding of rice and drip irrigation programs.

“In 2017, through our guidance of direct seeding of rice rather than going for flooding the fields and transplanting, we helped save 16.73 billion litres of water across six states – Punjab, Haryana, Andhra Pradesh, Karnataka, Uttar Pradesh and Tamil Nadu,” she said adding that farmers were able to save 30% water in paddy cultivation.

Pepico procures potato, rice, corn and citrus for its Lays, Uncle Chipps, Kurkure snacks and Tropicana juice. “All the potato used in Lay’s and Uncle Chipps is sourced from farmers in India – in fact, PepsiCo is the largest buyer of chip grade potato in the country today. The potato mini tuber lab in Punjab not only develops Potato mini tubers (seed), but also exports these to Saudi Arab, Egypt, Turkey and Russia,” said Daugherty. Further, for its Toretto snacks it procures corn from Bihar.

The company was having a pilot project to digitally map the farms, terrain, ensure crop traceability to meet global quality standards. They are also providing digital hand held machines to their agronomist to input details related to a farm from moisture level, detection of pest etc and monitor the efficiency of a farm, said officials.