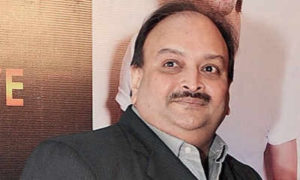 Mumbai: The Central Bureau of Investigation (CBI), one of the central agencies investigating the alleged Rs 13,578-crore Punjab National Bank (PNB) scam, is mulling the idea of sending a team to Antigua and Barbuda.

The twin Carribean island nation had recently assured verbally that they were willing to expedite the extradition of jeweller Mehul Choksi, who is an accused in the case, sources said.

The assurance comes in the wake of the Red Corner Notice (RCN) issued by the International Criminal Police Organization (Interpol) against Choksi last month. In the past, Antigua and Barbuda had expressed reservations on sending back its citizen to India citing the nonissuance of RCN by the Interpol as the reason.

“In July last year, Antigua and Barbuda expressed reservation stating that the citizenship to Choksi was granted based on a Police Clearance Certificate issued by the Regional Passport Office, Mumbai and documents received from the Sebi in 2017. However, they assured us to relook at the request once the RCN is issued and now with the RCN in place, they have orally agreed to help the CBI in getting Choksi to justice. A team might be shortly visiting the twin Carribean island nation,” said a senior official.

“The purpose of the visit would be to present its case before the appropriate authority and also fight the extradition legally. Last year, we had sent an extradition request under the provision of UN Convention against Corruption to which both Antigua & Barbuda and India are signatory to. This will be our starting point. The fact that the country has agreed to bring its citizen to book is a big diplomatic victory,” the official added.