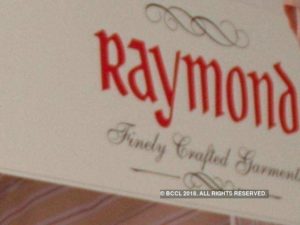 NEW DELHI: Shares of textile manufacturer Raymond fell over 3 per cent in Wednesday’s session after reports emerged that Vijaypat Singhania, the man who built the company, was removed as chairman-emeritus of the Raymond Group.

Shares of the company were trading at Rs 654.95, down 2.80 per cent at around 1:05 pm. The stock was on track to break the winning streak of the last three sessions.

A report published in Mumbai Mirror said that Singhania’s sacking followed a series of letters he wrote, first to the company secretary and then to the Board, complaining he was not being kept in the loop about Board meetings.

Thomas Fernandes, Raymond’s director secretarial, and company secretary said that the company had taken “strong dissent of the unparliamentary and derogatory language” used in Singhania’s letters.

Meanwhile, the broader market pared a major chunk of gains, acquired in the first half of trade as the rupee developed cold feet in the wake of a tepid rise in global crude oil prices.

In the 30-share Sensex index, 13 stocks were trading with gains and 17 were incurring losses.